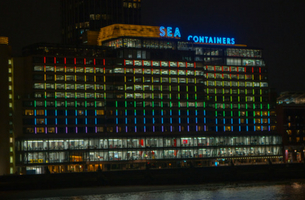 London’s Southbank lit up in a rainbow-hued glow last night as Wavemaker turned its ‘Thames Pulse’ art installation into an iconic celebration of Pride.

The art installation by acclaimed artist Jason Bruges, was launched last year by media, content & technology agency Wavemaker, Ogilvy UK and design hotel Mondrian London, all of which occupy the iconic Sea Containers building. The installation, in partnership with the capital’s leading waterways charity, Thames21, was created by Wavemaker to draw attention to the real-time health of the River Thames. It’s the first time since the project started, that this dynamic artwork on the distinctive river-front façade of Sea Containers has been used for anything other than its daily representation of the river’s water quality.

The Pride Lights initiative will run from sunset daily until Tuesday 10th July 2018.

This exciting project actively supports Wavemaker’s Pride initiative, which is fueled by PrideM - the LGBT+ employee resource group run by GroupM and its agencies as part of the ‘All Means All’ initiative that champions diversity and inclusion across the group. 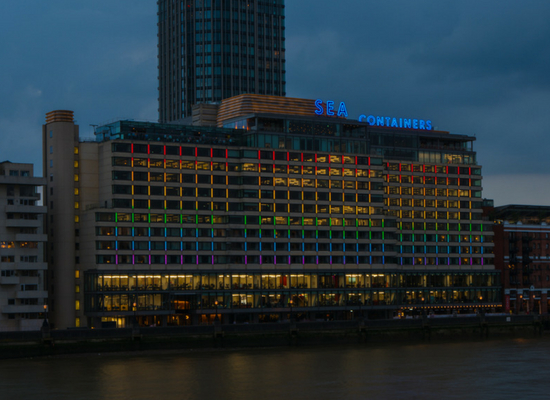 “The River Thames is the lifeblood of the city and by transforming our building into a striking, artistic visualization representative of the Pride flag, we want to showcase that Wavemaker along with our neighbours Ogilvy UK and Mondrian London, are actively championing diversity in all its forms and are proud supporters of Pride in London.”– Anna Hickey, COO, Wavemaker

Michael Frohlich, CEO, Ogilvy UK said: “At Ogilvy, we’re incredibly fortunate to be based at the heart of London & on the doorstep of the city’s vibrant culture – lighting up Sea Containers in partnership with Wavemaker & Mondrian is our symbol of support for the Pride community within our own networks, and the wider London community.”

Gavin Chetty, director of marketing at Mondrian London commented: “Since it launched, the Thames Pulse installation by Jason Bruges has become a symbolic part of our building, and its transformation into rainbow colours for Pride of London is an illustration of our huge support of the LGBT+ community. We are proud to showcase this in a way that is true to our strong design credentials and heritage, alongside our partners on this project, Wavemaker and Ogilvy.” 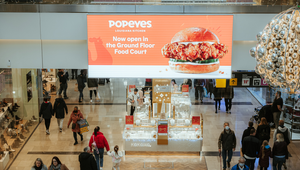