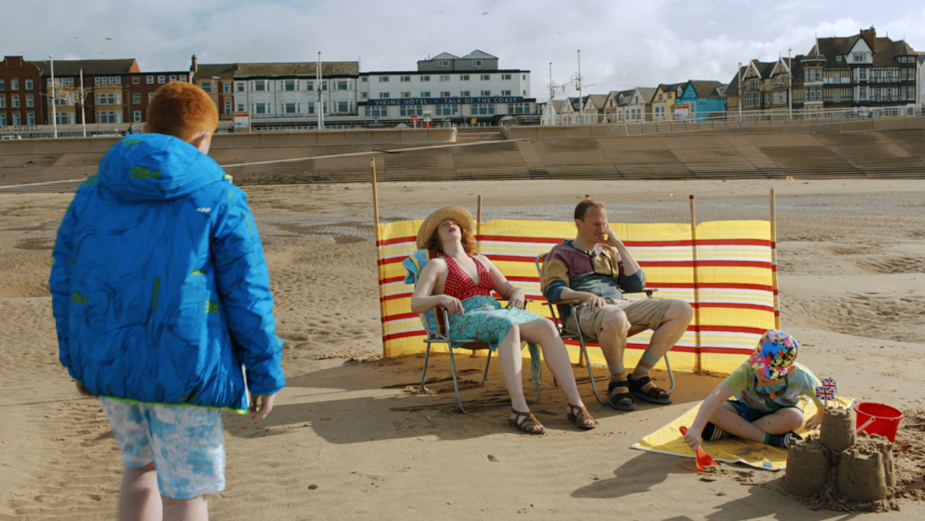 The independent creative agency, Don’t Panic, and WaterAid, the UK’s dedicated water charity, launch ‘WaterAid Can’, a new campaign that highlights the role the international non governmental organisation plays in tackling the effects of climate change.

Today, some of the world’s poorest communities are living on the frontline of climate change. Severe floods and droughts are threatening people’s access to clean water and putting lives at risk; fragile water sources are being polluted or drying up. In an ever-changing climate, amongst the many threats we have to be concerned about, our access to water shouldn’t be one of them. Without clean water, decent sanitation and good  hygiene, overcoming poverty is just a dream, as is good health. Of the 7.9 billion people in the world, one in ten don’t have clean water close to home. By working with communities to build sustainable water systems  that can withstand these extreme conditions, WaterAid and the communities they work with, are helping build resilience to an uncertain future.

Nick Miller, head of supporter activation, WaterAid said: “Communities around the world are feeling the devastating effects of climate change: the floods that pollute water sources, the droughts that dry them up, crops and homes destroyed by extreme weather. And this is why resilient sources of clean water are so important. As COP26 gets underway we wanted to show how WaterAid – and our supporters – can work with communities to help them adapt to the climate crisis that is here already”.

WaterAid is working with communities to design practical, affordable and long-lasting ways to ensure people can get clean water, all year round, irrespective of potential floods, droughts or natural disasters. Access to a sustainable water supply gives people something to rely on in an unreliable climate.

“We had to assume we couldn’t shoot any content in the charity’s country programmes due to the Covid  situation worsening. So we had to find a creative way to authentically tell this story without being able to shoot  there.“ said Rick Dodds, creative partner, Don’t Panic. In WaterAid’s last climate change campaign with Don’t Panic, they showcased the voices of those living through it. This time, they’re handing the mouthpiece over to  people all around the UK. Dodds added “We didn’t want this film to feel like a typical manifesto ad, so we avoided the addy clichés such as the hipster Florist and the bearded Barista. Instead opting for a more raw, truthful and well-rounded depiction of our country.”

Shot in Blackpool and Stockport by Stink Films director, the award-winning photographer Olivia Rose, ‘WaterAid Can’ is a series of quintessentially British portraits. Each individual delivers their part of the message, contextualised by the scene around them. From a young lad on Blackpool Beach talking about rising sea levels, to a real London Cabbie talking about how WaterAid “can’t turn back the clock”. The film culminates in the younger generation telling us what wateraid CAN do.

The film is set to a track called ‘N.O.M.O.N.E.Y’ by Dead Clever, an up and coming band from Leeds. It was shot on an Alexa Mini, but the final shot was captured by Rose and Director of Photography, Nathalie Pitters on their iPhone 12Pros. Sustaining a Britishness to the visual language, unexpected crops and depth of field were mixed with Rose’s photographic sensibility and knowledge.

“It's a really clever and brave way for WaterAid to present the campaign; leading with what you can't do should feel like a total no go, but Rick at Don't Panic captured a real joy in the script whereby WaterAid openly admits to the things they can't change, in order to draw us in, so they can educate us on what they can.” Said Olivia Rose, director, Stink Films. Rose added “Pithy, British, heavily photographic and with a self-deprecating element, this was a chance to do some really good, simple, authentic film making; interesting composition, authentic characters and emotion built through the edit. Climate change is real and if this commercial makes  more people stop, think and support WaterAid, then I'm proud!”

This is the fifth piece of creative from Don’t Panic for WaterAid since they started working together at the beginning of May 2020 (most notably, their recent ‘Girl Who Built a Rocket’ creative that tapped into conversations around the Mars missions, won Marketing Campaign of the Year and Best Charity Film at the Third Sector Awards, 2021). The work is part of an ongoing strategy the agency is devising, alongside media agency The Kite Factory, to elevate the experience of supporting WaterAid. They’re adopting a new creative approach and long-term engagement strategy that focuses on driving consideration to support WaterAid.

For TV, the ad will air across a range of digital, satellite and terrestrial (C4, C5) channels, including spots around news programmes for contextual placements around COP26. WaterAid will launch with the full 60” edit from 29th Oct – 5th Nov and then run a mix of 60” and 30” from 6th – 15th Nov to help optimise media spend and reach. This will be amplified by a supporting digital campaign running from 1st - 30th Nov using the hero asset and a series of atomised cutdowns.