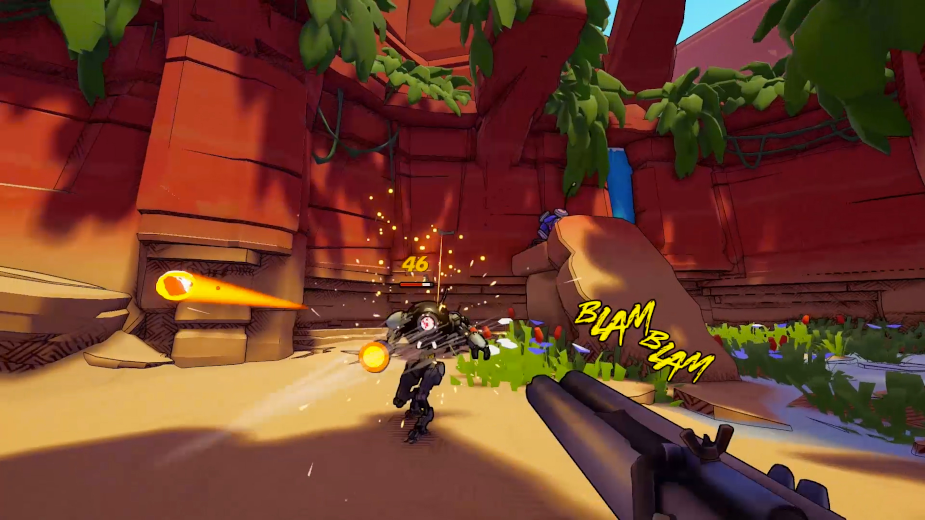 Independent digital creative agency Waste and independent games developer RyseUp Studios have today revealed the teaser trailer for Roboquest, the first game to be launched as part of a unique revenue-share model.

London-based creative agency Waste and Lyon-based AA games developer RyseUp Studios formed the strategic partnership following an initial meeting at Gamescom 2019, where they bonded over shared values and a passion for all things gaming. The agreement sees Waste offer its expertise in games marketing and community building to RyseUp, in exchange for a share of revenue generated by games launched as part of the partnership.

Roboquest, the first game that Waste and RyseUp Studios will bring to markettogether, is a Roguelite/FPS (First-Person Shooter) hybrid which invites players to chase down a corrupted AI in order to save humanity. It merges a beautiful crisp aesthetic and fast-paced gameplay with an environmental backstory and two inspiring characters.

To launch the game, Waste advised RyseUp on everything from pricing and branding through to strategy, creative, 3D production, PR, influencer activity and ongoing community management.

Waste and RyseUp Studios’ high impact teaser trailer for Roboquest, which aims to drive engagement amongst Roguelite, Roguelike and FPS fans, offers gamers an inside look at its main protagonists and reveals how the game has evolved since Gamescom, beginning the countdown to its early access release in July, when allplayers can get their hands on it.

Visar Statovci, managing partner, Waste, said: “It’s incredibly exciting to be launching the teaser for Roboquest,the first game we’re bringing to market as part of our first ever strategic partnership with a games studio. Working with RyseUp Studios has been a massively rewarding experience, thanks to the great relationship and shared interests we enjoy. We hope this is the first in a long line of similar collaborations.”

Milen Ivanov, CEO and creative director,RyseUp Studios, said: “For us partnering with Waste and being a small-sized independent studio is a great opportunity to concentrate on game development and let them do their magic on marketing and community building. From the very beginning of our relationship we were surrounded by very talented and experienced individuals who share our values, carefully studied our creative vision, developed the marketing strategy and created some amazing content.”