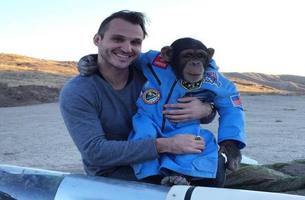 New York-based Washington Square Films has signed award-winning commercial director Christopher Gruse for U.S. representation. Gruse has been a directing force behind major campaigns for top auto brands including Infiniti, Acura, Honda, Ford, Lincoln and Chevy, among others. The budding director’s “Speed Dating” spot for Mustang soared to viral status, amassing over 13 million views and garnering multiple awards including an Effie Award and a Shorty Award.

In five short years Gruse has helmed a roster of top branded spots that showcase his ability to bring visually stunning cinematography, thought-provoking narratives and unique compositions to every shoot. In addition to his spot work, he recently directed a documentary “Dare to Struggle, Dare to Win” that focuses on the STRESS unit of the Detroit police department in the 1970s, and is slated to be released in the summer of 2017.

Click here to view a reel of Gruse’s work.

Notes Gruse, “What attracted me to WSF was the diversity within their roster, and the company itself, from commercials to feature films. Their integrity and focus is what made this decision really simple and I think I bring a new element to the roster, coming from a car background. The possibilities with them are endless and that is what's most exciting.”

Adds Washington Square Films Managing Director Jonathan Schwartz, “Christopher is incredibly sharp and brings a high attention to detail in all of his work. He is great with the movement and action of car work, but generally brings a distinct sense of humanity, narrative storytelling and performance that transcends the genre. We are very excited about working with Christopher as he steps into the next phase of his career.”

Gruse found his way behind the camera through his passion for music. A lifelong drummer, he formed creative collaborations through tour pals which led to the formation of production and post shop The Work in 2011. Handling entire productions in-house all the way through post, the Detroit-based shop quickly grew to become an award-winning studio generating work for some of the city’s hottest car brands.