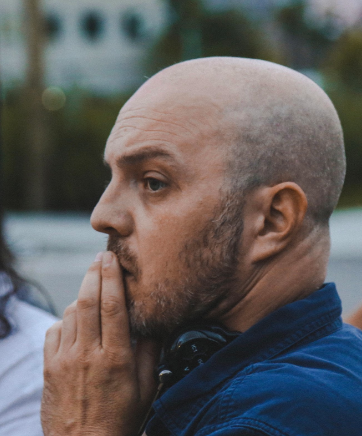 With an eye for uncovering humour in small moments, he has helmed spots for such top brands as BMW, Zac Posen, KFC, Michelob, Kmart, Mini, Humana, Verisign and WWE. His PSA “Nobody’s Memories” for PFLAG was awarded a Silver Lion in Film at the 2015 Cannes Lions and in 2016 his PSA “Keep Farts Funny” for Meredith’s Miracles was awarded the Bronze Lion.

The multi-faceted director, who has lived and worked in New York, Berlin, Los Angeles and Chicago, brings a global perspective to his work. His signature comedic style delivers unexpected humour that is derived from a mixture of cultural comedic influences.

“I was really blown away by the reel. The casting, timing, the aesthetic were all remarkable and specific in a way that showed there was unique talent,” notes Washington Square Films Director of Sales & Marketing/Managing Director Jonathan Schwartz. “Coming from the art world and bringing an advertising background to the table, he is really a perfect fit for Washington Square Films.”

“Washington Square Films has such an amazing reputation in both the commercial and film spaces and they have an incredibly refined approach to nurturing and selling talent in an environment that’s constantly changing,” adds Flaherty. “I’m excited to join the roster and work together to build the next stage of my career.”

After dedicating his thesis at a small liberal arts college to his first screenwriting endeavour, Flaherty was immediately hooked on filmmaking. Taking a hands-on approach, he rapidly became a self-taught editor, organically adding director, writer and cinematographer to his skillset as he created branded films for the likes of BMW, Zac Posen and Vogue. He served as the editor on Lou Reed’s Berlin, a 2006 feature-length concert documentary directed by Julian Schnabel.