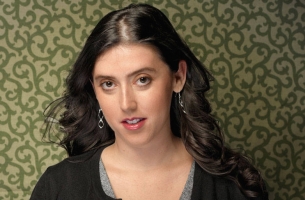 “My approach is collaborative and multi-layered. I strive to build a genuine emotional connection with the audience, to capture stunning visuals that fit the story, and above all make work that is relevant to the times and speaks to the important questions of today,” notes Klayman. “I love how WSF supports their directors’ development both in and out of the commercial space. On our last project, I felt I could bring my full creative self to the table, which is what you need to produce great work.”

“We started as fans,” said Jonathan Schwartz, WSF Head of Marketing and Sales. “We loved her films, and were very impressed with her short-form and branded work. She fits our model of complete filmmakers who are also a pleasure to work with.”

Klayman has garnered top accolades as a filmmaker. Her critically acclaimed feature Ai Weiwei: Never Sorry was distributed by IFC Films and was one of the highest grossing films of 2012 directed by a woman. In the short film genre, Klayman is known for powerful documentary shorts, including films she has directed for the prestigious PBS series “Frontline” and the recent “The 100 Years Show” short doc, which premiered at Hot Docs 2015. Klayman’s authentic style of storytelling is fostered by her background as an accredited journalist in China who produced radio and television feature stories for NPR's "All Things Considered," among others.

Named one of Filmmaker Magazine's '25 New Faces of Independent Film,' Klayman was selected to participate in both IFP's Emerging Storytellers program and Berlinale Talents.