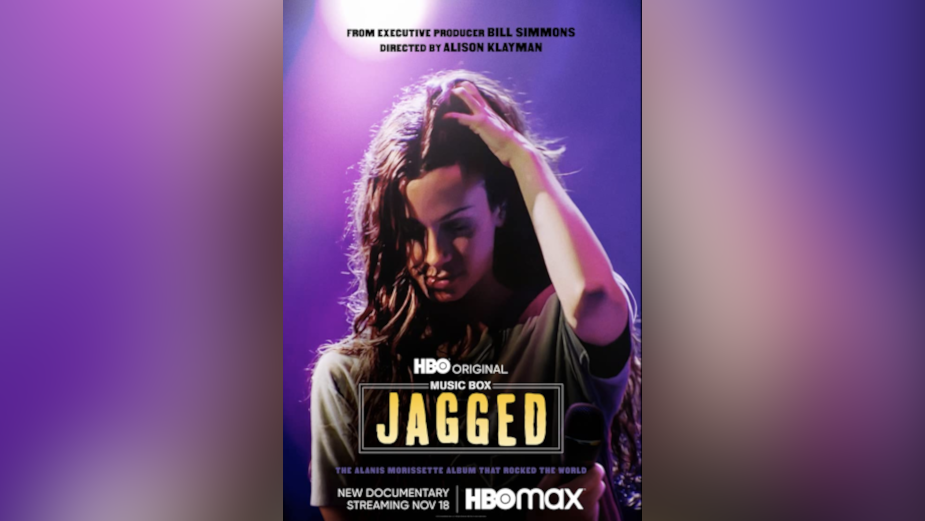 Director Alison Klayman, repped in the commercial space by Washington Square Films, debuts her highly anticipated documentary Jagged on November 19th on HBO/HBO Max. The feature explores the singer-songwriter Alanis Morrissette’s life and work during the tumultuous debut of her seminal album ‘Jagged Little Pill.’ Alison has been represented in the commercial realm by Washington Square films since 2016.

Last year, Alison’s short Flower Punk won the Aspen Shorts Fest Audience Award among numerous other wins and nominations. Her recent slate of documentaries has been as prolific as it is provocative, with her last feature The Brink, centred on embattled politico Steve Bannon, earning numerous festival nominations. Alison’s doc Take Your Pills (2018) won two nominations at SXSW along with numerous additional accolades with its revealing look at performance enhancement in the age of Adderall and Ritalin. Notable past features include the film Ai Weiwei: Never Sorry (2012) which won multiple awards with its exploration of artist and activist Ai Weiwei as he prepares for a series of exhibitions while clashing with the Chinese Government. The film made the ‘Top 5 Documentaries’ list from the National Board of Review.

Alison’s branded work includes projects for HBO, Lululemon, Brawny, Merck, Morningstar Farms and Hewlett Packard Enterprise. She loves telling relevant, diverse and unexpected stories that build a genuine emotional connection with audiences. She is also a frequent contributor to the New York Times’ Emmy-nominated Op-Doc Series, was a Sundance Creative Producing Fellow and one of Filmmaker Magazine’s “25 New Faces of Independent Film.” She is a regular guest speaker at major art museums and universities around the world. She graduated from Brown University in 2006 with an honours B.A. in History and speaks Mandarin Chinese and Hebrew. She is currently based in Brooklyn.