Warsteiner Tells Us To 'Do It Right' In Motivational Campaign 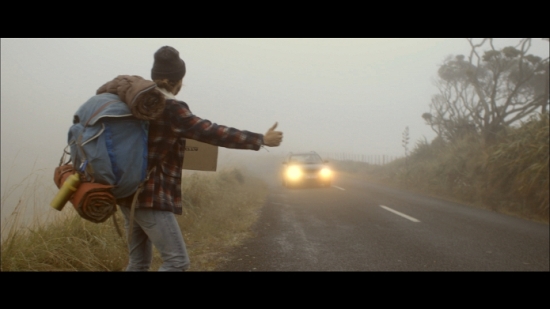 “If you are looking for something, something real, something to actually believe in, go for it, take it, chase it, know it, taste it, be proud of it, dream it, hunt it, fight for it, love it. But whatever it is you do. Do it right.” That’s the message of the new Warsteiner campaign. It all starts on April 10, 2014, on German TV, in movie theaters and online, and is supported by national print motifs. In addition, documentary-style interviews, which are accessible online, portray the authentic personalities featured in the spot. As one of Germany’s most successful brewery groups, Warsteiner also launches its “Do It Right” campaign internationally.

Agency Amsterdam Worldwide encouraged Warsteiner to use their new brand campaign as a call to action for all of us, whatever our individual pursuits may be – whether you’re brewing beer, collecting cuckoo clocks, singing karaoke, or fighting for the title – do it your way, do it the right way.

The campaign emotionalizes by telling true stories – stories of people who do what for them is right. At the same time, the campaign asks everyone to stand up for whatever their individual pursuit might be. The new Warsteiner brand umbrella campaign emphasizes attitudes and values, which the brand with its family tradition shares since 1753.

The new Warsteiner campaign puts the focus primarily on authentic characters and their experiences and passions. This separates Warsteiner from many other campaigns in the German beer market. “The new slogan ‘Do It Right’ describes an inspiring and supporting attitude which moves the consumer into the focus,” notes Jordi Queralt, Marketing Director of the Warsteiner Group. “It encourages to live one’s individual life philosophy, to live life and the moment to their fullest,” adds Queralt.

“Warsteiner focuses on authentic and true characters, because their stories and life philosophies give our main idea energy and depth,” explains Andy Chiu, Head of Brand Management at Warsteiner. Among the stories is the story of Jon Rush, a master of the art of living: Neither his 45 years of age nor his job prevent him from staying true to his passion of skateboarding. Or the story of the street artist Andreas von Chrzanowski, aka Case: His studio in Frankfurt burned to the ground, and he almost gave up on his art. But he started from scratch to rebuild his studio and today he champions freedom of expression and civil liberties worldwide. He draws on this for new energy for his artwork. The skydiver Rob Heron, the office chair racer Rene Karg, the boxer Wladimir Klitschko – they all stand for doing it right!

The new umbrella brand campaign is the lynchpin of a long-term communication strategy for the Warsteiner brand. As a foundation for all activities, the brand’s main idea was revised and the target groups newly defined. The central model combines what the Warsteiner brand stands for, what distinguishes it, and above all, what separates it from other brands. “We have defined what we want to achieve long-term for the Warsteiner brand,” describes Queralt. “This includes a higher desirability, in particular among our younger, more diverse audience. At the same time, we want to retain our loyal customers and strengthen their emotional connection to the brand. The overall objective is to develop a confident brand personality, which is progressive but does not exclude, which inspires people and meets them at eye level,” adds Queralt.