Warnings From A Bleak Future In Capital C's TEDx Spots 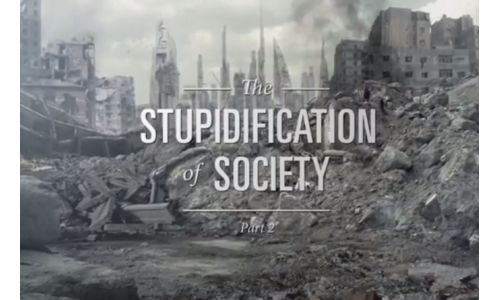 It's not often a Canadian agency is enlisted to help promote a conference that gets global attention. That’s why Capital C jumped at the chance to work on TEDxColumbiaSIPA.

Annie Horricks, Managing Director of the TEDxColumbiaSIPA conference at Columbia University, said “These films are the result of a lot of hard work and dedication on the part of Capital C – they’re really going to take our event to the next level!”

The films are conceptually aligned with the core mission of TED and TEDx: Ideas Worth Spreading and take a futuristic look at what would happen if current social media and technology trends usurped the desire for people to engage with the kind of thought-provoking content that TED and TEDx conferences deliver.

One of the films, “The Vine Effect,” ponders what would happen if 6-second sound bites became the order of the day instead of engaging, immersive, longer-format content.

Another film, “The Glass Era” takes an ironic look at what would occur if people stopped seeking out interesting content and became satisfied with information that was being fed to them.

“Both of these films very much play into cultural and digital trends,” says Gary Watson, Chief Creative Officer, Capital C. “Shortened attention spans. Technology overload. Things that get in the way of spending time with inspirational content that ultimately makes a difference in our lives.”