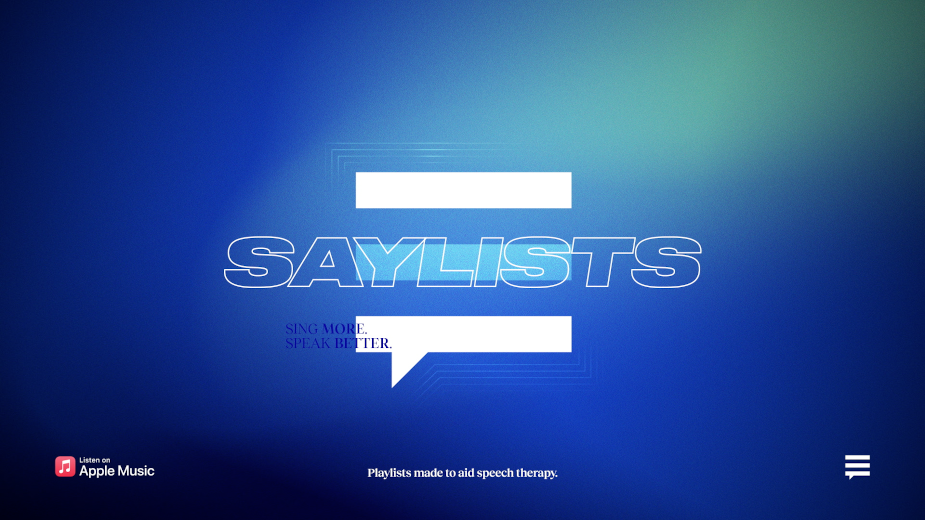 Warner Music and Rothco, part of Accenture Interactive, have teamed up to create ‘Saylists’, a collection of playlists launching exclusively on Apple Music, aimed at augmenting the speech therapy experience for young people through the power of music and technology. The custom-built Saylists feature tracks such as ‘Don’t Start Now’ by Dua Lipa for the ‘D’ Playlist, ‘Good As Hell’ by Lizzo for the ‘G’ Playlist and ‘Right Here, Right Now’ by Fatboy Slim for the ‘R’ Playlist.

One in 12 children in the UK experience some form of Speech Sound Disorder (SSD). In the field of speech-language therapy, one of the most successful therapeutic strategies is the repetition of difficult syllables, words, and phrases. Repetition can be tedious and draining for children, so Saylists are designed to add a fun and engaging element to that experience.

Using the algorithm, Apple Music conducted the data analysis of song lyrics, across the 70 million tracks in its catalogue to isolate songs with significant patterns of repetition. Finally,173 songs were chosen by Warner Music and speech and language therapist Anna Biavati-Smith to create the initial 10 ‘Saylists’.

Tony Harlow, CEO, Warner Music UK, comments: “When Warner Music Ireland and Rothco came to us with this idea, everyone at Warner Music got fully behind it. We believe utterly in the power of music and its ability to change people’s lives for the better. Helping people express themselves is at the heart of what we do, and we hope that by creating a therapeutic tool that’s as engaging and accessible as Saylists, we can help anyone who’s struggling with their speech.” 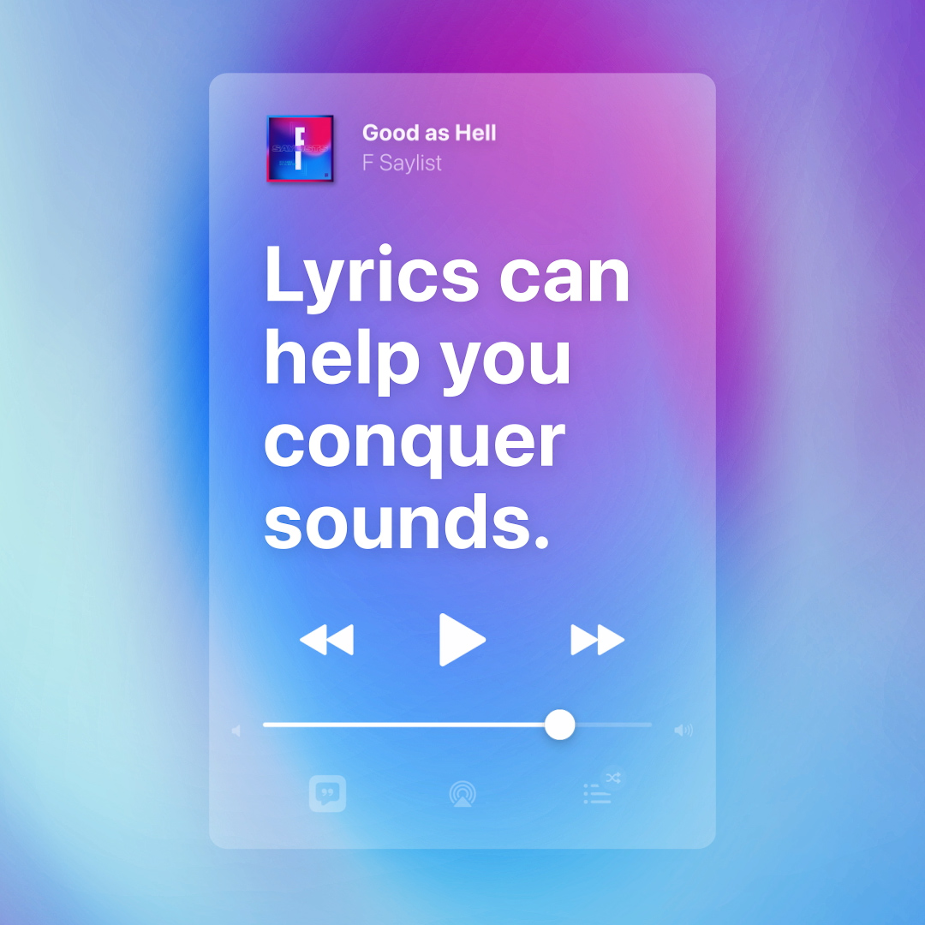 Alan Kelly, chief creative officer of Rothco, part of Accenture Interactive, comments: “Our goal was to help redefine the long and often painstaking journey that young people with atypical speech can experience. Several members of our team who worked on ‘Saylists’ themselves grew up with SSDs, so it’s a personal project as well. We recognised that there is one place where many people enjoy the rhythmic repetition of words and sounds – in music. It was crucial that we could analyse as many songs as possible to present children with something engaging. Pairing this with Warner’s curation meant we could be certain the songs in the ‘Saylists’ will appeal to many different young people.”

Anna Biavati-Smith, speech and language therapist, comments: “Every speech and language therapist wants to keep children engaged during the therapy sessions as well as help them generalise the target sounds, both in school and at home. ‘Saylists’ provide a fun, new way to practise the sounds I teach them – without feeling pressured or getting bored. Having fun is the first step to learning.”

'Saylists' are exclusive to Apple Music and will be available to all Apple Music subscribers globally from today.