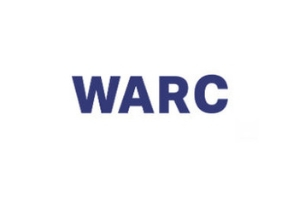 WARC, the global authority on advertising and media effectiveness, today announced the winners of its WARC Prize for Asian Strategy 2018, a search for the best strategic ideas that have driven business results in Asia.

Now in their eighth year, the awards were judged by an eminent panel of 23 agency- and client- side experts, who selected 16 winning campaigns for global and local brands, which showcase Asia's smartest thinking of breakthrough marketing ideas.

Additionally, five special awards were given to honour specific areas of excellence: The Category Disruptor Award, The Early Adopter Award, The Customer Journey Award, The Local Hero Award and The Research Excellence Award.

Mumbai-based agency The Womb, won the Grand Prix, as well as the Category Disruptor Special Award for its campaign 'Why not an innovation for the old?' which saw Saregama, India's oldest music label, create Carvaan, a new 'old looking' radio with digital music pre-loaded to monetise its music archive and appeal to older people.

Commenting on the Grand Prix-winning campaign, jury chair, Shekar Khosla, Chief Commercial Officer, Kellogg's, commented: "This entry captivated the judges - one even bought the product straight away after seeing just one ad.

"Judges admired it for the way in which Saregama's agency, The Womb, had challenged the brief and innovated its way out of it instead of taking the easier - and far more familiar - option of producing a campaign. This not only helped people to remember the brand and engage with it, but the success filtered through to younger music lovers who bought Carvaan sets too."

The winners of the WARC Prize for Asian Strategy 2018 are:

View here all the winners. The winners of the Grand Prix and Special Awards share a prize fund of $10,000.

A 'Lessons from winners of the WARC Prize for Asian Strategy 2018' event will be held in Singapore on November 21.