WARC 100 Reveals World's Most Effective Campaigns, Brands and Agencies of 2017 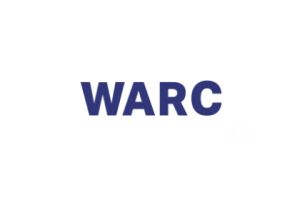 WARC today announces the 2017 results of the WARC 100, an annual ranking of the world's best marketing campaigns and companies according to their business impact.  Procter & Gamble, Vodafone, BBDO Worldwide, adam&eveDDB and WPP are among the organisations at the top of this year's rankings, which are based on performance in effectiveness and strategy competitions around the world.

The top-ranked campaign was the highly awarded 'Share the Load', developed by BBDO Mumbai and Mediacom Mumbai for Procter & Gamble's Ariel detergent brand in India. The campaign film, in which men were encouraged to share the weight of household chores, was supported by campaign-specific packaging, and was spread across online, cinema and TVCs. As 1.57 million men pledged to 'share the load', Ariel more than doubled value and volume sales, which grew 106% and 105% respectively.

Now in its fourth year, the WARC 100 is built on a rigorous methodology, developed in consultation with Douglas West, Professor of Marketing at Kings College, London.

Looking at this year's top 100 campaigns, key findings include:

Two of the top ten campaigns this year are those that have seen success from the smart use of data to drive creative and media strategy. The Economist used a targeted programmatic display campaign to reach new prospects with humorous and accessible tagline ads. The campaign hit 50% of target in 9 days, with a return on investment of over 25:1. In sixth place, a big data campaign for Australian swimming pool builder Narellan Pools took a 'moment marketing' approach. Customers were targeted at the precise times they were most likely to buy a pool, with focused creative motivating purchase decisions. The campaign increased direct leads by 11% and sales by 23% year on year. At a time when the ad tech industry is under attack in some quarters, these campaigns show how, when used smartly, programmatic techniques can open up new creative and media opportunities.

2. There was a strong showing for stunt or event-based campaigns, as well as big-budget TV

Campaigns built around an event or stunt also ranked highly this year. 'Rabbit Race', a seasonal live event and stream involving rabbits racing for customers of Media Markt in Germany to win in-store prizes, was the fourth-ranked campaign of 2017. More than 21 million people watched the races, prompting the electronics retailer to make the stunt an annual event, with consumers spending on average €8.60 more than the previous Easter. The number-three campaign in the 2017 rankings was 'Lucy the Robot', a news-grabbing stunt in which Double Robotics, an American technology company, created a telepresence robot called Lucy to be first in line to buy a new iPhone 6s outside a Sydney Apple store. The stunt aimed to launch the company into the Australian market, and was covered in 4,000 news stories globally, resulting in more than 12,000 sales enquiries worth more than $44 million.

However, beating these two campaigns into the top two positions were Share the Load and John Lewis' Christmas campaigns - both big-budget, big-idea,TV-led campaigns. There were plenty of other examples in the top 20 showing the power of TV-led work, including campaigns for Old Spice, Snickers, IKEA and Sainsbury's.

3. Procter & Gamble retains its lead as No. 1 advertiser over Unilever

Procter & Gamble is for the second year in a row the top advertiser for 2017, though its lead over Unilever has decreased since last year. With five campaigns in the top 100 versus Unilever's three, the success of campaigns for its Ariel, Always and Old Spice brands have cemented P&G's position as No.1.

4. Vodafone wins top brand as Coca-Cola and McDonalds drop from 1st and 2nd place for the first time

Vodafone has had an extremely consistent year in terms of award wins across campaigns and regions. With only two campaigns in the top 100, but multiple wins at fifteen separate awards competitions, the brand accrued enough points to take it into the lead.

For the first year since 2014, Coca-Cola and McDonalds do not occupy positions one and two in the brands ranking. Both have dropped down the rankings in a year when neither had a campaign in the top 100.

New entries to the top 10 include UK department store John Lewis at No. 3, as a result of its series of highly effective Christmas campaigns; Dove, with its continued socially progressive stance; and Snickers, through campaigns including their big-budget TV campaign 'You're not you when you're hungry'.

David Tiltman, Head of Content at WARC, says:  "This year's WARC 100 reflects an industry in flux. It's clear from the rankings that TV-led, 'big idea' advertising, when executed well, is still highly effective. But we're seeing a range of alternative approaches also capable of generating business results - from data-driven 'moment marketing' to stunts or events designed to focus consumer attention. One of the big questions in the industry at the moment is whether these alternative approaches build brands and deliver results in the long term as well as at the time of the campaign."