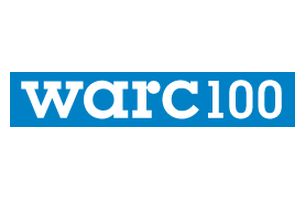 Warc today announces the 2016 results of the Warc 100, an annual ranking of the world’s best marketing campaigns and companies according to their business impact. The Warc 100 rankings are based on performance in effectiveness and strategy awards around the world, and are built on a rigorous methodology developed in consultation with King's College London.

Ranked number one, ‘Penny the Pirate’, developed by Saatchi & Saatchi and OMD for Australian optical chain OPSM, innovatively combined traditional and digital media, producing an engaging printed book and app to highlight vision problems in children. More than 126,000 parents bought the reading book, the number of eye tests conducted by OPSM increased by 22.6% year-on-year, and its sales also grew by more than one fifth (22.4%).

Looking at this year’s top 100 campaigns, there are a number of themes that emerge:
​1.   Digital-led campaigns, particularly social media and online video, are delivering business results
Many of the winning campaigns use digital elements to deliver scale: in all, 11 of the 20 top-ranked campaigns (55%) led with digital channels. Notable uses of digital include the ‘Live Test Series’ (ranked fifth) by Volvo Trucks – its YouTube video views of over 100m reached far beyond the brand’s niche target audience of truck drivers and resulted in a 23% growth in sales in the fourth quarter of 2013 – and ‘If We Made It’ (ranked sixth) by Newcastle Brown Ale, which used online video to parody the advertising hype around the Super Bowl, increasing volume sales by over 20%.

2.   More brands are using social activism extremely effectively to drive business
Pioneered by Unilever-owned brand Dove over the past decade (and sometimes dubbed “The Dove Effect”), marketers around the world have learnt that taking a strong, socially progressive stance can help drive business impact. This need for brands to be seen as good corporate citizens has informed many top-performing marketing strategies, as is reflected in several top 20-ranked campaigns including ‘#LikeAGirl’ (second), ‘Inglorious Fruits and Vegetables’ (fourth), ‘I Will What I Want’ (10th), ‘Touch the Pickle’ (12th) and ‘This Girl Can’ (20th). Most brands choose relatively uncontentious causes, from encouraging female empowerment to cutting food waste, though with its ‘This is Wholesome’ campaign (seventh), US brand Honey Maid took a braver stand and selected a potentially divisive topic: celebrating alternative family structures.

3.   Procter & Gamble moves to No 1 advertiser globally
Procter & Gamble has improved its points total and ranking for each of the last three years and had nine campaigns in this year’s top 100, versus Unilever’s three. Last year, the FMCG giants’ positions were reversed: Unilever claimed first place overall, with six campaigns in the top 100, while P&G, in second, had three. Both companies have initiated an efficiency drive over the past few years, cutting spend on ‘non-working media’, a strategic change that has sparked debate about whether this limits the creation of impactful breakthrough advertising. Procter & Gamble’s strong performance in the current Warc 100 reflects the company’s continuing ability to develop powerful advertising that gets people talking. While Unilever remains a very effective advertiser, the latest results raise questions about the potential impact of cost cuts on the development of breakthrough marketing ideas.

4.   Breakthrough brands: IKEA and Heineken premier in top 10, and Tata rises to ninth global advertiser
- IKEA: The Swedish retail brand’s global scale and consistent success across markets were key to its strong performance. Campaigns developed by agencies in 11 nations contributed to its overall total – and its fourth place in the brand ranking this year, up from 22 in 2015.
- Heineken: Its broad portfolio of brands built its score: the core Heineken brand came 6th, while the Heineken company came 4th on the advertiser/brand owner rankings – both are record highs for the company. Heineken’s brand strategy of high-impact sponsorship of sporting events – from the UEFA Champions League to the Rugby World Cup – was the driver behind several campaigns that contributed to its points total.
- Tata Group: A broad variety of categories contributed to the Indian conglomerate ranking ninth on the global advertiser rankings, up from 32nd place last year: Tata-owned auto, soft drinks, clothing and accessories, media and publishing, business and industrial and retail brands all played their part. More than half of the advertiser’s score came from campaigns running outside its home market of India. Tata’s most successful campaign was ‘British Villains’, which was developed by Spark44 and ran in the US for Jaguar, the Group’s marquee automotive brand. This humorous integrated campaign came 14th in the top 100 campaigns ranking.

Focus on APAC
Australia scooped the world’s most effective campaign ‘Penny the Pirate’. Two other Australian campaigns made it into the top 20 ranking: ‘#SPCSunday’ for SPC by Leo Burnett, and ‘How to Drink Properly’ for DrinkWise by Clemenger BBDO and GALKAL. Saatchi & Saatchi Sydney, Leo Burnett Melbourne and Clemenger BBDO Melbourne all made the top 10 creative agencies globally, and OMD Sydney was the third ranked media agency globally.
India has three campaigns in the top 20, two with strong social themes. Last year’s top campaign Kan Khajura Tesan remained in the rankings at number nine, followed by Whisper’s ‘Touch the Pickle’ by BBDO/MediaCom challenging taboos around menstruation. Idea Cellular’s campaign ‘No Ullu Banaoing’ by MullenLowe Lintas Group ranked number 17.

David Tiltman, Head of Content at Warc says: "The Warc 100 represents the best work in marketing - breakthrough campaigns that have delivered tangible results for their clients. The rankings are a benchmark of excellence in the industry. The clients and agencies that feature in them are some of the best in the business."

What the winners say
Joseph George, Group CEO India, and Regional President, South & Southeast Asia at MullenLowe Group says: “Our continued focus on ROI is paying off for us, much the same way as these ideas have paid off for our clients’ brands. I feel proud and humbled at the same time to be Warc’s Most Creative Agency in the world for two years in a row, and grateful to our clients who put both their belief and their marketing spend behind these initiatives.”
David Lette, Heineken Brand Director says: “Heineken is the world’s most international beer, and has been in double digit growth in the UK since 2012. It's now a significant player in the premium/world lager category. We want people to enjoy Heineken at every touchpoint. This might be buying a limited edition bottle at their local supermarket or enjoying a cold pint, served Extra Cold in their favourite pub, or perhaps engaging with the brand by tweeting with a Heineken football legend, whilst watching a gripping Champions League match. 2015 was a great year for the brand, with our sponsorship of the Rugby World Cup as a centre piece of the activities. We were also able to activate our long term partnership with the Bond franchise, with the release of Spectre providing a successful close to the year.”

Sir Martin Sorrell, CEO of WPP, said: “Creative effectiveness for clients is what we are in business to provide, so this award is a really welcome endorsement of our companies’ success in that regard. With Cannes, the Effies and now Warc, we hold a trio of our industry’s top awards, which is a great tribute to the talent of our people around the world and across all the various disciplines of advertising and marketing services.”
view more - Awards and Events