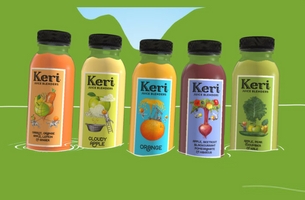 Truth be told, it can be even more engaging, entertaining, and effective than other techniques. Let’s take a look at what traditional explainer videos look like, and why you should consider injecting 3D animation for added appeal.

Your typical explainer video? 3D animation is nowhere to be seen Modern-day applications are capable of hyper-realistic 3D modelling and rendering, so why does 2D animation remain the go-to technique for explainer videos?

Chiefly because it's simple, straightforward, (often) cheaper, and above all else … its successful. 2D animation has been a mainstay of entertainment for over 100 years and continues to captivate audiences of all ages. It’s an elegant, timeless solution. For many marketers, animation isn't a medium they’d typically experiment with. When your main objective is communicating with customers in a clear and concise way, 2D animation does the job with no questions asked.

So, why break away from this proven, affordable option?

Because 3D animation delivers a new take on the traditional explainer video. From creating a memorable concept to increasing viewer engagement, 3D animation can transform your content for the better.

Here are some explainer video examples, where 3D animation either takes centre stage or is used to supplement and support.

This true-to-life 3D representation of Julius Marlow’s classy, yet comfy dress shoe offers a product insight like no other. This level of detail would be impossible to portray in live action, while 2D animation just wouldn’t do it justice.

Rather than reading about the shoe’s ‘cushioned stabilising pod’ or ‘removable anatomical footbed’ in a product description, the audience can actually see these parts being produced and assembled.

You’re left with no doubt about how the product works and what makes it special. 3D animation for the win.

Don’t be fooled into thinking that this animation for Keri Juice is 2D. After a brightly coloured opening scene that feels almost cartoon-like, you soon realise several assets on show are actually 3D, offering a more immersive viewing experience.

In many respects, 3D functions as a narrative device, since it creates a visual journey and maps the viewer’s path from island paradise to lifelike juice bottle. This vivid imagery keeps the audience hooked until the very end.

Through the use of 3D assets, Keri Juice makes a statement as bold as its flavours, designed to trigger an audience reaction.

It also offers an alternative take on the explainer video, where fantasy and metaphor replace a straight-laced narrative of a product or service.

Fernwood: watch on our site here.

Once again, this animation is built on traditional yet trusty 2D foundations. But in order to create a deeper, more dynamic result, it also utilises 3D elements.

For example, a mix of clever camera movements and uninterrupted transitions shows the viewer that this isn’t a flat or featureless world; it's actually an all-encompassing vision of how each character can benefit from Fernwood’s extensive service offering.

2D illustrations combined with 3D effects allowed for the production of one continuous scene, which reflected another of the client’s value propositions – Fernwood positively impacts your whole life; it’s not just a place to work out two or three times a week.

Knog: watch on our site here.

3D models don’t have to be exacting replicas of your latest product; they can simply bridge the gap between fantasy and reality.

With this animation for Knog, the 3D-rendered bike lights are an accurate representation of the product itself. They seamlessly blend with the audacious animated world Knog wanted to create, which encapsulates the brand’s fun identity.

The animation’s use of shadows, layered graphics, and stark contrasts adds the lifelike quality for viewers to picture themselves using the product in everyday scenarios.

So, if you want an attention-grabbing explainer video, 3D is your secret weapon. It puts a new spin on a standard concept, which helps you send a message that's more memorable than predictable. Like to know more? Get in touch today.