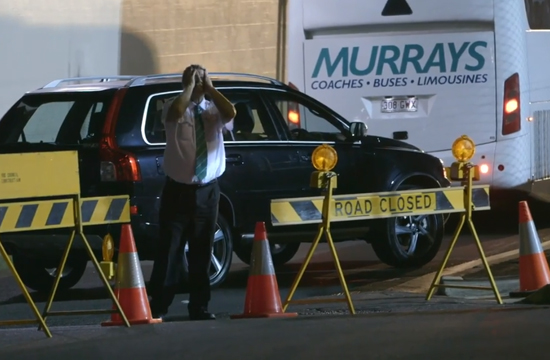 Arnold Furnace created the third spot in their tongue-in-cheek rugby sponsorship campaign for Volvo, by getting the Aussies to outsmart the Springboks last night, just hours before the game.

Nathan Sharp, Al Baxter, Tatafu Polota-Nau and Beau Robinson did their bit for Australian Rugby again, this time in Brisbane, by sending the Springboks’ coach the wrong way en route to the stadium.

Arnold Furnace ECD Tom Spicer said, “After failing to influence the result against the Lions and the All Blacks, the boys were desperate to deliver with this one, adopting a military style prep in the lead up to the game.  Although it didn't translate onto the pitch, Nathan and the boys put in another stellar performance which the Springboks bought hook line and sinker.  At least I think it was them.”