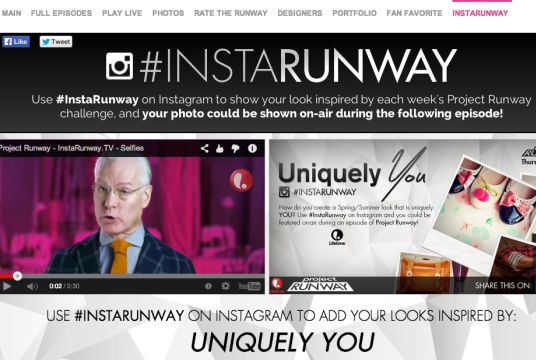 Social media agency Movement Strategy has stitched together a truly engaging experience for the new season of Project Runway. Using Instagram and two Movement Strategy-created websites, the social media campaign began with a pre-season voting contest and continues with a weekly fan photo challenge that began when the show premiered on July 24.

In the first phase, Runway Redemption, fans voted to bring back one of three former contestants using the website, which pulled together photos from the contestants’ Instagram accounts to form their “InstaPortfolios.” Voting closed June 6 and Amanda Valentine of Season 11 was revealed as the winner during the premiere.

The second phase, “InstaRunway,” gives fans the opportunity to showcase their own fashion photography skills with weekly Instagram challenges. Inspired by looks on the runway, the challenges encourage fans to snap a picture of themselves and post it to Instagram with the hashtag #InstaRunway. Each week, fan-submitted photos appear on instarunway.tv, and Tim Gunn announces his favorite fashionable selfie on-air.

“We wanted to create a truly engaging experience where fans are not just able to contribute, but are actually able to influence how the show plays out,” said Jason Mitchell, Co-Founder of Movement Strategy. “Especially when you take into account the rising trend of native social media as the main second-screen experience, we feel like this is the natural future of audience participation.” 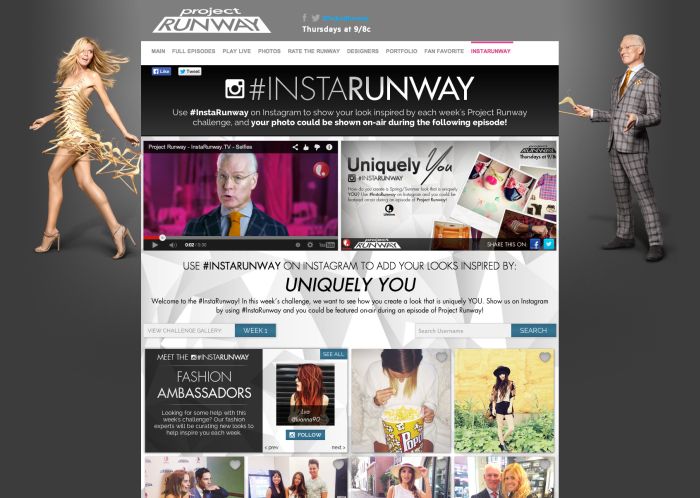 The social media agency was approached by Lifetime after successes with various projects for A&E Networks. According to the Movement Strategy team, the idea for the campaign stemmed from a collective desire to link Instagram to the show in a big way.

“It’s just such a great fit considering the importance of visuals in a fashion design show. Things just fell into place with what the producers and Lifetime had in mind,” explained Movement Strategy Co-Founder, Eric Dieter. “It’s been a truly collaborative effort. The final product is really an extension of both teams’ ideas and creativity.”