‘Walk On The Adventurous Side’ 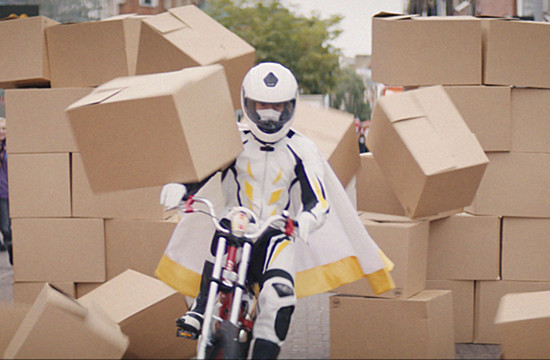 Created by Leo Burnett, the TV ad is about getting a little taste of adventure with new Spicy Chicken McBites. A young man exits a McDonald’s and, as he pops the first delicious McBite into his mouth, an adventurous thought pops into his head and he buys a stylish new trilby to add an edge to his look. With the building spice of each McBite, he grows ever more adventurous from outfit changes, to walking on stilts, performing daring stunts and even becoming an astronaut.

The ad, titled ‘Walk on the Adventurous Side’ was created by Rob Tenconi and Mark Franklin, the creative directors were Tony Malcolm and Guy Moore. ECD was Justin Tindall. Keith McCarthy from Moxie directed the ad.

The work is supported by an outdoor campaign with food photography by Jason Lowe, that was created by Tony Malcolm and Guy Moore. Head of Art was Lance Crozier.

The Spicy Chicken McBites are in restaurant as part of the Little Tasters range from October 16th to December 31st.