Alger joins from The Martin Agency, where he spent eight-plus years working on the agency’s flagship GEICO account 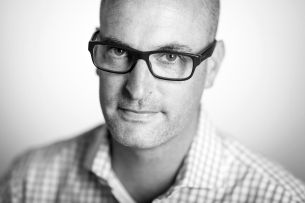 Chris Garbutt, Global Creative President of TBWA\Worldwide and Chief Creative Officer of TBWA\Chiat\Day New York announced today that the agency has hired Wade Alger as Executive Creative Director. Alger, an eight-year veteran of The Martin Agency — and one of the creative leads behind its award-winning work for GEICO — will bring his talents to TBWA in early December, working alongside ECD and Global Head of Art Erik Vervroegen. Alger will report directly to Garbutt.

“I have been a huge fan of Wade’s work for years,” said Garbutt. “He is a gifted writer with a brilliant sense of humour who has created platform ideas that take brands from the traditional and conventional to integrated and disruptive. Not only will he bring a wealth of experience and talent to the agency, but a drive that will propel our collective forward to the iconic.”

Alger comes to TBWA\Chiat\Day from The Martin Agency, where he spent his eight-plus years working on the agency’s flagship GEICO account, helping to move it from traditional to digital and integrated and to #2 overall in the car insurance category. He is credited with creating and leading some of the brand’s most iconic and award-winning work, including 2015’s innovative “Unskippable” pre-roll campaign that took home the Film Grand Prix in Cannes. In addition to GEICO, Alger also crafted the award-winning We Choose the Moon and Clouds Over Cuba campaigns for the JFK Presidential Library and more recently, the “World’s Biggest Asshole” campaign for organ donor charity Donate Life. Alger has won numerous awards, including an Emmy, 38 Cannes Lions, One Show pencils, D&AD pencils, Clios and Webby Awards, among others. Prior to joining The Martin Agency in 2008, Alger worked as a Creative Director at TBWA-sibling shop GSD&M in Austin, Texas, on the BMW account.

“TBWA in New York has great momentum and I’m very excited to be joining the team,” said Alger. “GEICO’s work has been disrupting the car insurance category for years. TBWA’s drive to do the same, create disruptive and culturally relevant work for their clients, was too attractive to pass up.  I can’t wait to get started and hopefully add to the success of this very storied agency.”