Campaign depicts how the Tiguan's technology is so advanced, it's desired by those even beyond this galaxy 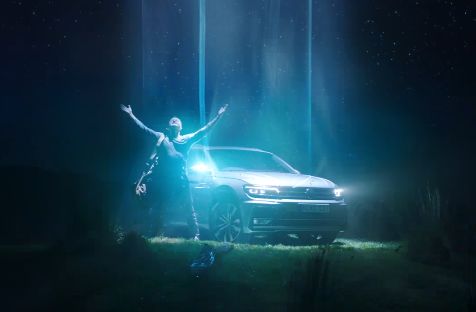 Volkswagen via agency partner DDB Sydney, has launched a new nationwide campaign for the Volkswagen Tiguan SUV which showcases its desirable and advanced technology.

The Tiguan is Volkswagen's most technologically-advanced SUV to date. Says Ben Wilks, general manager marketing, Volkswagen: "The Tiguan is a class leading car in a cluttered SUV category. It's packed full of technology and was a multiple 2016 Car of the Year award-winner. Our brief was to show that the Tiguan, and the technology in it, is extremely desirable."

The campaign depicts how the Tiguan's technology is so advanced it is desired by those even beyond this galaxy.

Says Ben Welsh, chief creative officer, DDB: "This is the kind of brief any creative would love. We're delighted with, and very proud of, the finished work - it's exciting, dramatic and has a funny twist. Most importantly, it doesn't shy away from being a car ad. The car is so integral to the story, it's effortless."

Adds Welsh: "Tom was brilliant. We knew we had a great script and Tom brought it to life magnificently."

The campaign features a 60-second cinema ad, 30-second TV ad with a 15-second reprise, as well as two bespoke 15-second ads, outdoor and a range of digital media.