Awards and Events 188 0 Add this
The event will showcase some of the best content made by women directors internationally. 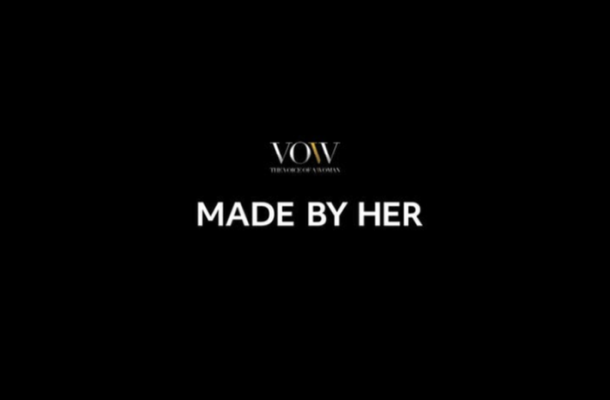 This year, The Voice of A Woman (VOW), the non-profit organisation that champions women filmmakers and artists, celebrated 10 years with the 'VOW | Made by Her Showcase' at Cannes Lions. The showcase presented on the main-stage of the Palais for Cannes Lions is now on tour and coming to Ogilvy London on Tuesday 22nd October, followed by BBH in New York on Tuesday 12th November to provide industry professionals an opportunity vote on best works for an Audience Award. Previous Audience Award winner was veteran Creative Director turned Director Sarah Clift for her short film "La Madre Buena."

THE VOICE OF A WOMAN AWARDS, which recognises the works of women in film, the arts and communications, will be held on Friday November 15th, in New York City.  To date THE VOICE OF A WOMAN AWARD has been received by such names as: Colleen DeCourcey - Weiden + Kennedy; Susan Hoffman - Wieden + Kennedy; Vicky Maguire - Grey; Alice Tonge - C4 Creative, Resh Sidhu - Framestore, and others.  In film VOW AWARD recipients have been: Thandie Newton OBE; Chloe Sevigny; Grace Jones; Shirin Neshat; Crystal Moselle; Celia Rowlson Hall; So Yong Kim and others.

Maureen A Bryan, founder and chief executive officer of VOW, said: “The Voice Of A Woman – Made By Her Award this year celebrates VOW’s ten years and marks a significant milestone in the number of women being hired to direct films and commercials, more than ever before - although still frightfully low. The Made By Her screenings have been created to bring further visibility to the work of women directors and engage industry professionals in an Audience Award vote. Our aim is to bring more exposure to women and their work and to normalise the idea of women behind the camera."

The VOW | Made By Her Award will be awarded for the best short films, commercials, branded content, music videos, art/experimental and animation. The award winner will be announced on 15th November 2019 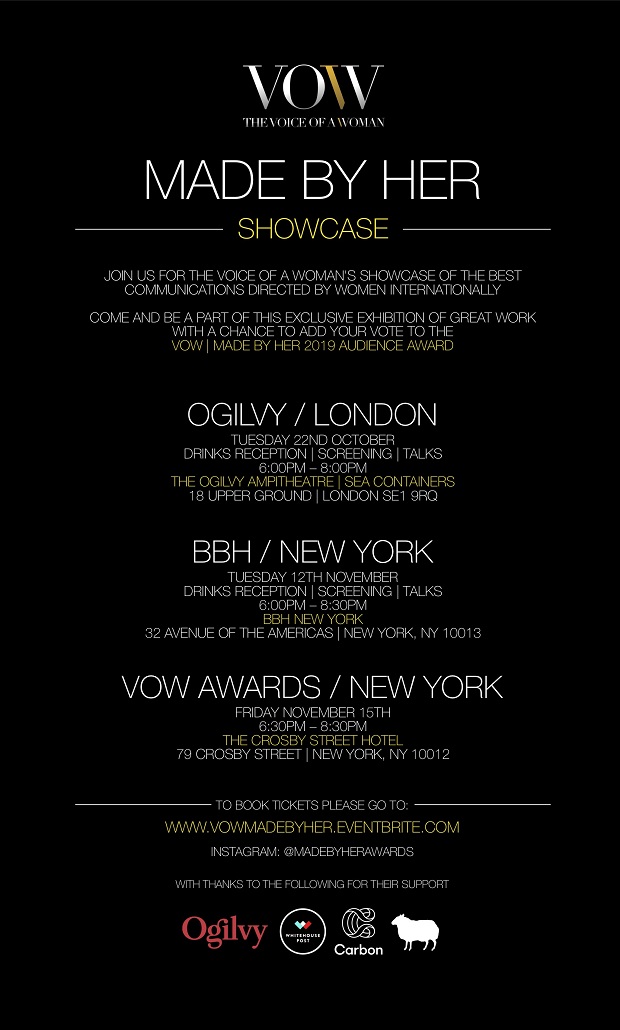 The Voice Of A Woman, 5 months ago 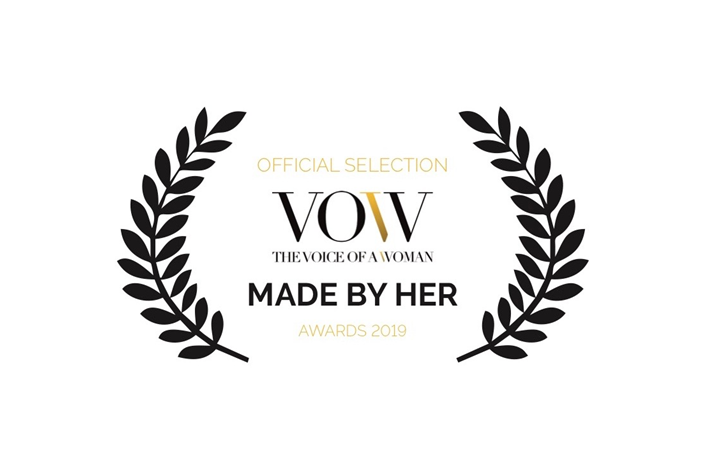 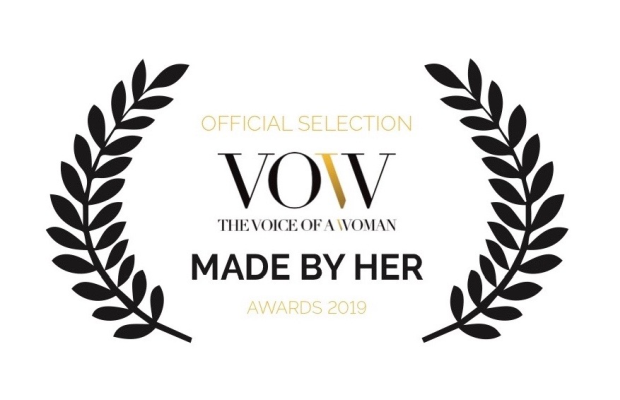 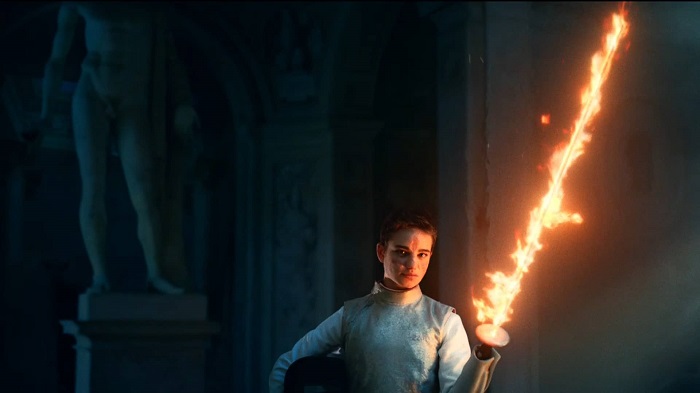 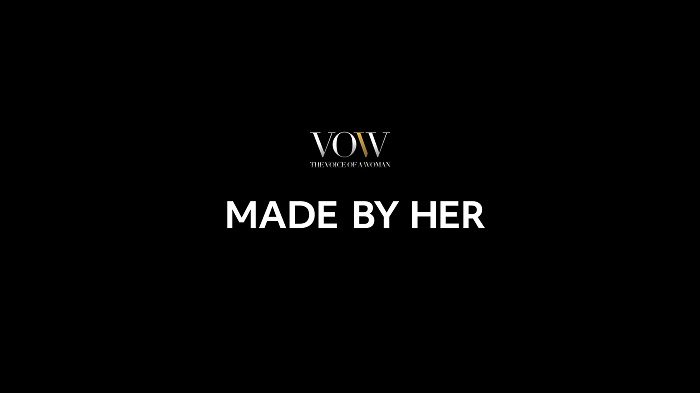