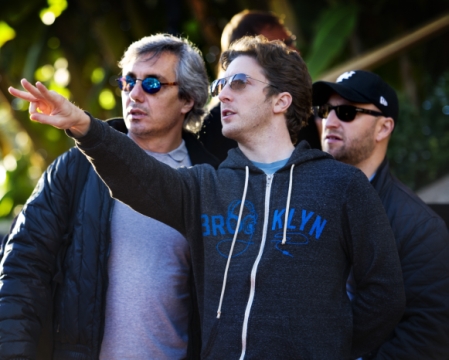 The camera is running and the stage is set for Volvo Truck’s upcoming video ‘The Casino’, directed by Henry Alex Rubin – and all we know is that the main character is likely to be a truck. ‘The Casino’ is premiering on 24 September.

With viral bulls-eyes such as The Epic Split, The Hamster Stunt and The Hook already under its belt, Volvo Trucks has shown that truck commercials can be entertaining, captivating and attract large audiences throughout the world.

“All the responses have been highly positive – our films are just as innovative as our trucks are. The campaign has not only sparked increased interest in our trucks, it has also strengthened our brand,” says Claes Nilsson, President of Volvo Trucks.

The film will have its premiere on 24 September at the IAA truck show in Hannover, Germany, and simultaneously be released on Volvo Trucks’ YouTube channel. The film will be released in connection with the launch of a world-first transmission for series-produced heavy vehicles featuring a dual clutch, Volvo’s I-Shift Dual Clutch, and as with previous films this one too will include an unexpected twist, to say the least.

“Instead of a Live Test we will be showing a sort of modern version of ‘Candid Camera’, which uses an unusual approach to demonstrate the benefits of the new transmission. Someone is going to be very surprised indeed, that’s all I’m prepared to reveal at this point,” says Per Nilsson, Director Public Relations, Volvo Trucks.

All told, Volvo Trucks’ latest commercial films have won 130 awards the world over, while the number of followers on Facebook, Twitter and YouTube has increased many times over.

“That’s just amazing. It’s not very often that a business-to-business campaign has recorded such a massive global impact. With our new I-Shift Dual Clutch film we are continuing our concept of communicating with a broader public,” says Per Nilsson.