Volvo Trucks Named Advertiser of the Year at Eurobest 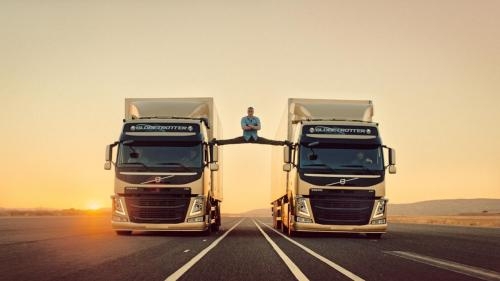 Eurobest will this year honour Volvo Trucks with the prestigious Advertiser of the Year accolade in recognition of their courageous marketing efforts in creating the ‘Live Test Series’ campaign.

“Four years ago, Volvo Trucks established a new communication strategy to be creatively braver. Working with Forsman & Bodenfors, an agency with an outstanding track record of creating ground-breaking consumer campaigns, allowed us to do just that,” comments Lars Terling, Vice President, Marketing Communications, Volvo Trucks, “Through a strong partnership, planning and trust, we were able to launch a completely integrated campaign which went on to become one of the most successful and biggest viral hits of 2013 and the most watched automotive ad ever on YouTube. We’re really proud of the campaign and receiving the Advertiser of the Year accolade is testament to what brands can achieve through being creatively brave.”

Eurobest awards the Advertiser of the Year to clients born out of Europe who have distinguished themselves for inspiring innovative marketing of their products and who embrace and encourage the creative work produced by their agencies. Volvo Trucks’  ‘Live Test Series’ campaign swept the board at award shows including at Eurobest 2013 where it took two grands prix, one gold, two silver and two bronze trophies, and Cannes Lions, where the Swedish company took home a staggering 19 lions, two of which were grands prix.

“What Volvo Trucks have done with the Live Test Series campaign embodies everything that we look for when we award the Advertiser of the Year,” says Philip Thomas, CEO of Lions Festivals, “Their sheer determination to enlist an agency famed for their consumer campaigns rather than their business to business marketing already distinguishes them as an incredibly brave client. Add to that a total belief in your agency, an innovative concept and a truly integrated campaign, and you have the makings of an inspiring, viral smash. They won big at Cannes Lions and I can’t see any other European brand more worthy of this award and recognition in 2014 than Volvo Trucks.”

The trophy will be presented during the Eurobest Awards Ceremony taking place on 3 December 2014 in Helsinki. Lars Terling, Vice President, Marketing Communications, Volvo Trucks will be present to accept the award.