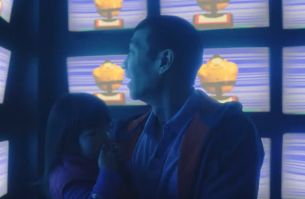 Volvo Cars premieres its latest campaign for the new compact premium SUV XC40. The campaign, created by Forsman & Bodenfors, is global, with some local adaptions depending on market.

The XC40 has gained worldwide attention for its design, smart functionality and safety features. But also for the possibility of subscribing to the car instead of buying it. The 'Care by Volvo' offer is literally as easy as having a mobile phone, with a national ready-negotiated monthly fee, numerous services included, combined with getting a new car every 24 months.

The song and updated context underline Volvo Cars’ approach to challenging the traditional car ownership model. Set to Swedish artist Jennie Abrahamson’s new version of the classic song 'My Favorite Things' from The Sound of Music, it creates a powerful tension by contrasting the experience of subscribing to an XC40, with images of the never ending hunt for more stuff in the city.

The film was shot in Toronto in mid-October 2017, directed by Johnny Green with photography by Max Goldman.