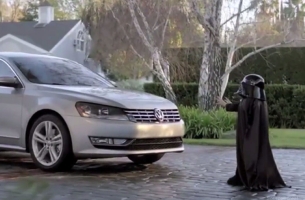 The European import car made famous in America by Bill Bernbach is getting its due for the way it’s historically used music and sound to captivate viewers. The Association of Music Producers, sponsors of the AMP Awards for Music and Sound, has voted to induct Volkswagen into its AMP Hall of Fame. The induction will take place during the AMP Awards show, set for May 11th at City Winery in New York.

“Whether working with original music and sound or licensing iconic tracks, Volkswagen and its agencies have always shown an innate ability to marry songs and soundtracks with its on-screen narratives,” says AMP President Jason Menkes, Partner and Executive Producer at COPILOT Music + Sound in New York. “They’ve been on our shortlist every year we’ve voted on AMP Hall of Fame candidates, and we felt this was finally the year we should honor them. They know how to use music artfully and effectively to convey their message to consumers, and have done that brilliantly for decades.”

The brand’s musical history is studded with standouts. It struck gold when it tapped the menacing theme that heralded the introduction of the villain Darth Vader in 'Star Wars' for its Super Bowl spot, 'The Force.' Created by Deutsch in Los Angeles, the spot featured a young boy wearing a Vader costume who manages to make his dad’s Passat start on cue, to his amazement. The spot ranked near the top of almost every Super Bowl poll that year.

Other examples of VW’s uncanny ability to marry music with emotional or evocative storytelling includes 1999’s 'Pink Moon,' a visual tone poem of an ad in which four young people ride along a country road at night, gazing at the moon above in their convertible Cabrio, top down. They get to a rowdy house party, look at each other knowingly, and decide to keep rolling instead. That spot was created by Arnold Worldwide.

The brand has also tapped memorable music for such campaigns or spots as its 1997 “Da Da Da,” in which two twenty-something guys tool around in a red Golf doing pretty much nothing while a rhythmic European pop song played underneath. A few years later, the brand launched a Jetta spot titled “Synchronicity,” in which a young couple cruises slowly through the French Quarter of New Orleans, while everything they see happens in time to the swishing windshield wipers on their car.

“Music plays an integral role in creating advertising that resonates with consumers,” says Jennifer Clayton, General Manager of Marketing Communications at Volkswagen of America USA. “Throughout our company’s history, we’ve recognized the power that music possesses, and it’s humbling to be recognized for the work we’ve created. Thank you to the Association of Music Producers for inducting us into the AMP Hall of Fame.”

A special committee comprised of past and present AMP board members and AMP Awards Advisory Board members was asked to develop a list of nominees for the Hall of Fame honor, explains Lyle Greenfield, Founder & Partner at Bang Music, Past President of AMP and one of the co-founders of the AMP Awards. This list then goes to the full AMP membership for a vote.

“Our criteria for induction into the AMP Hall of Fame are relatively simple,” Greenfield says. “We look for progressive marketers with a sophisticated understanding of how much connects their brands with consumers on emotion and often visceral levels. Everyone on the committee feels strongly that our honoree this year has more than met that standard.”

Among those participating in the selection process were this year’s Advisory Board Chair and former FCB Garfinkel CEO Lee Garfinkel, along with Past Chairs Paul Greco, Director of Music & Radio at JWT and Josh Rabinowitz, EVP/Director of Music at Grey New York.