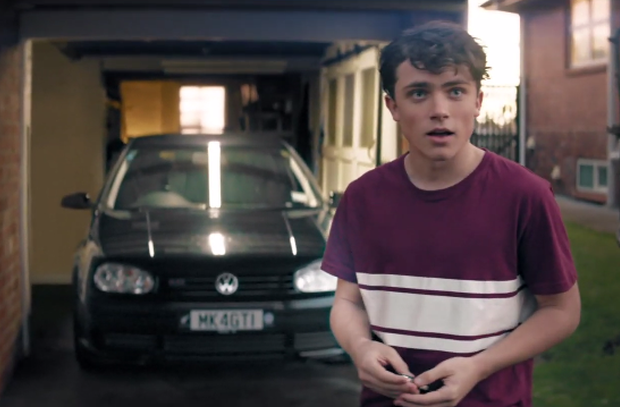 The spot tells the story of the youngest sibling through the lens of two brothers. Years of loving mistreatment and being on the raw end of second-hand gifts finally pays off when the family Volkswagen is handed from one brother to the next.

Youngest Brother takes the timeless ritual of family hand-me-downs to show that a Volkswagen is the ultimate gift that keeps on giving.

James Blair, lead business partner at DDB New Zealand, says the objective of Youngest Brother was to celebrate the emotional connection so many Kiwis have with the brand, which has seen Volkswagens remain in the family year after year.

Says James: “After a five-year break, we are excited to help bring Volkswagen back into the hearts and minds of Kiwis. I think we managed to tap into a great reality of sibling life with the excitement of being given the family car.”

Sara Pastor Ruprichova, Volkswagen NZ marketing manager, says that the Youngest Brother campaign perfectly reflects the role Volkswagens often play in Kiwi families: “This campaign is based on the insight that unlike a lot of brands, our customers are often families not individuals. Owning a Volkswagen is more than just owning a car. It’s at the heart of so many shared family moments and stories. This is a heart-warming, playful story to mark the start of Volkswagen New Zealand’s next chapter.”

Says Liz Murphy, director at Sweetshop adds: “The always-gets-the-leftovers guy, the second-hand-is-still-good guy, the you’ll-grow-into-it-guy. You’ve either been one, or provided for one with your own leftovers. It’s a story that will resonate with anyone that once was a kid.

Ultimately this is a charming Hero’s Journey. One Boy vs The World, taking his lot in life with humility and grace – and for this he is rewarded. We are delighted for him. It’s a heart-warming, playful story for the next chapter for Volkswagen New Zealand, and nestles perfectly in the iconic VW tone that is so warm and familiar around the world.”

The Youngest Brother TVC will roll out in 30, 45 and 60-second spots, supported by out of home, radio and digital/social.