"What are we playing?" by DDB Spain positions the iconic VW golf as the true vehicle of everyday driving thrills 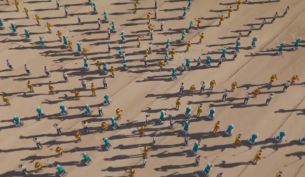 DDB launches a new communication campaign of Golf GTI, and indisputable benchmark in everyday driving excitement and the greatest representative of sportsmanship among compact.

The campaign will be deployed in digital media until late November focuses on valuing the life of the thrill of driving a Golf GTI.

Through the question "What are we playing?", Users are invited to think of the great difference between the thrill of driving a Golf GTI, and lack of emotion and homogenizing character associated with these new forms of entertainment.

Thus, Volkswagen returns to value the emotions associated with one of the most iconic models in its range, reinforcing the positioning of the Volkswagen Golf, one of the favorite drivers in our country vehicles.