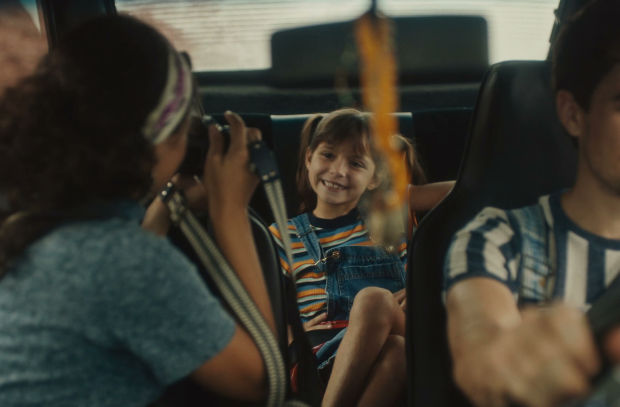 Volkswagen Brazil has released a campaign with AlmapBBDO to confront driver drowsiness, featuring its new fatigue detection system. Nearly 20% of traffic accidents that occur in the country are related to tiredness, fatigue and drowsiness according to Abramet, the Brazilian association for traffic medicine.
Volkswagen's new fatigue detection technology is featured in an emotional campaign film that follows a woman's journey through the most significant moments of her life - in several Volkswagen models. Beginning at birth in a vintage VW van, she eventually reaches a "rebirth" in her present-day T-Cross.
As an adult, the protagonist drives her Volkswagen SUV after a long tiring day of work. Drained, she closes her eyes as scenes from her life cross her mind. Just before she crashes into an oncoming lorry as a result of her drowsiness, the fatigue detection system engages automatically to bring her back to reality. The caption 'Born in a Volkswagen' transitions to 'Reborn in a Volkswagen', highlighting the second chance at life given to the drowsy driver.
view more - Creative