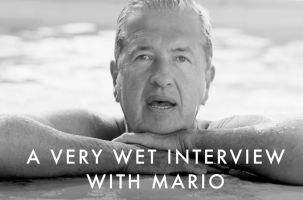 Legendary photographer Mario Testino was this week presented with the Fashion & Beauty Lifetime Achievement award at the annual Clio awards.

To celebrate the award, Vogue and director Sophie Edelstein put together a short film looking at the iconic moments in Testino’s career – of which there are absolutely loads; like loads.

The film is a joyous ode to one of the greatest fashion photographers of all time. It touches on Testino’s favourite Vogue covers, the infamous Princess Diana spread, and some of the photographers' most memorable shoots.