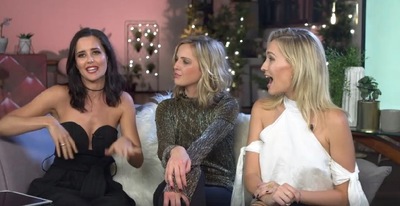 
In a new approach to digital marketing, VCTV was launched: a branded content series shot in high definition specifically for the Facebook Live platform. The team at Vodka Cruiser partnered with SketchShe - an online trio with more than 1.9 million followers - to present a six-part Facebook live video series. The result was a 15-30-minute show aired weekly at 8.00pm, that embodied the Vodka Cruiser brand essence of 'discovering your spirit'.

The new content focussed strategy was centred around humanising the brand, with insights indicating the target audience valued relevance as opposed to hard sell and two way communication that engaged them in a conversation. The campaign was structured around behavioural patterns, including mobile usage, demand for interactivity and the use of aspirational facilitators.

Asahi Group category manager of ready-to-drink and spirits Virginia Woodger said the collaboration was formed to ensure Vodka Cruiser remained in touch with its consumers.

Says Woodger: "Our aim was to find out what our audience wanted, what their lifestyles encompass, what is important to them, what their idea of humour is and how as a brand we can embody that.

"Live video content represents higher organic engagement - Facebook Live offers the best opportunity for consumers to be exposed to the content both during live screenings as well as post-event."

The show encouraged fans to get involved, with SketchShe sharing comments, photos and hacks live - all in between guest interviews with industry movers and shakers.

Vodka Cruiser had impressive engagement through VCTV's launch, with some videos garnering more than 200,000 views and hundreds of comments.

The six-part series showcased serious growth, with a Facebook brand research study identifying an increase of 23 percent in campaign recall, and a nine percent increase in brand favourability, versus a regional benchmark of 1.8 percent. Tangible uplifts in sales also staggered to a whopping 9.3 percent

VCTV episodes were designed to reach a broader demographic - a curated guest panel brought a more conservative tone to the conversation, while SketchShe kept content light and approachable with the focus on fun.

The overarching result was a series taking Aussie women on a journey of self-discovery, encouraging self-expression and sparking conversation.