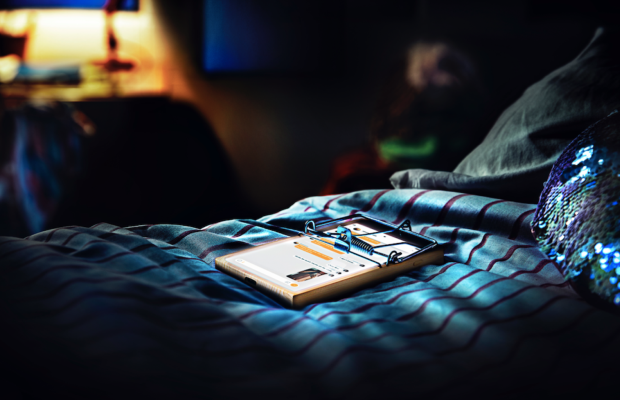 VMLY&R Brisbane has created a powerful new campaign for the Queensland Family & Child Commission (QFFC), aimed at addressing the dark side of online conversations, how perpetrators exploit technology to commit their crimes – and how young people are at risk.

Comprising a series of short and long form videos using the analogy of a bear and mousetrap, the ‘Online Grooming’ campaign targets both young people, peers and parents.  It portrays an online chat to show the ‘traps’ used by predators to draw in their victims and is based on real transcripts from Task Force Argos, the branch of Queensland’s Police responsible for investigating online child exploitation and abuse.

You can check out one of the three-minute films, Mouse Trap, below:

A poster to be displayed in schools has also been produced showing the ‘traps’ and ‘hacks’ of online conversations, and to drive people to a special website for more information.

VMLY&R Brisbane MD Adam Kennedy said because online grooming was a crime that often flourishes in the dark, the campaign needed "to bring the topic out into the open".  “Kids have a blind trust and unquestioning curiosity when it comes to their online behaviour. They don’t see that oversharing online is not safe for them and are falling into the traps of online predators," he said.

You can check out another film from the campaign, 'Bear Trap', below:

To develop the campaign, VMLY&R worked closely with a QFCC Committee, and Queensland Police Task Force Argus to establish the storyline.  They also worked in conjunction with a team of young people 13 to 16 years old providing guidance and insights to ensure the campaign was genuine, credible and believable.

The Online Grooming campaign goes to market from 4 November through a range of different social channels.