Snap Creative Council winners VMLY&R creates Speech to Street, a Snapchat Lens encouraging Gen Z voters to use their voice and exercise their democratic right in the upcoming local elections 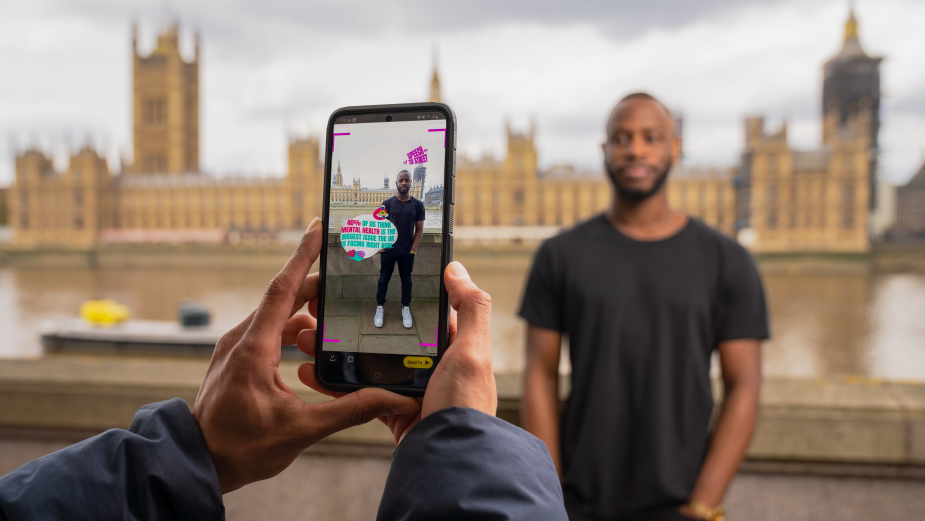 VMLY&R, the global brand and customer experiences agency, and Snapchat, today launch an augmented reality lens experience designed to give a political platform to Gen Z in a way no-one has done before.

Following submissions from the UK’s top agencies, VMLY&R was selected as the winning team for last year's Snapchat Creative Council project brief. As part of the prize, the agency’s campaign has been professionally produced for Snapchat and is supported with media.

Ahead of the upcoming local elections, Opinium research commissioned by Snap and VMLY&R sought to discover the issues that matter the most to the next generation of UK voters, and found that Mental health (40%) was the number one priority, followed by NHS Healthcare availability (27%), wages and the cost of living (26%), poverty and homelessness (25%) and jobs (24%).

Key findings from the research have been built into an AR lens that Snapchatters can use to show what they feel most passionately about and use their voice to encourage their friends to go out and vote. The ‘Speech to Street’ campaign aims to empower young people to have their say on key political issues ahead of the UK’s local elections. From conversations with friends, family and colleagues, to the places where change is made - the AR lens takes users from Speech to Street, aiming to inspire young voters before they head to the ballot box on Thursday 6 May, 2021.

The face lens highlights key topics that mean the most to young voters, giving them the opportunity to voice their opinions on subjects such as climate change through to mental health, while the world lens uses opinion led statistics to reinforce where change is needed.

Alongside encouraging Gen Z to vote, the campaign hopes to awaken young voters and their passions for social justice and civic duty, enabling them to effect change on the biggest stage while transforming their own lives and communities in the process.

Speech to Street is the first campaign to be awarded by the Snapchat Creative Council, which was formed in September 2020 in partnership with Creative Equals. The group of leading UK creatives were tasked with building bridges between industry and Snapchatters with an initial focus on mental health and civic duty amongst Gen Z and millennials.

Matt Jones & Abi Stephenson, creatives at VMLY&R said: "During elections we all hear and see the lofty promises made by politicians, but many young people feel like their voices and opinions are sidelined or marginalised. Speech to Street is a civic engagement tool that cuts through the bull and genuinely elevates the opinions and voices of the Gen Z community, helping inspire them to enact change through ground-up activism and conversation, and most of all, making their opinion count on election day."

Will Scougal, global director of creative strategy at Snap added: "With the launch of Speech to Street in the UK we are  providing the mobile first Gen Z and Millennial audience with an Augmented Reality platform to talk about the political issues closest to their heart ahead of local elections in the UK. AR is an incredibly powerful tool for self expression and with 'Speech to Street' on Snapchat Gen Z can confidently share and debate their views with the people closest to them."

Ali Hanan, CEO, Creative Equals, said: "'Speech to Street' is launching at such a pivotal moment in time. Young people have been one of the hardest hit groups during the pandemic. Currently, they are struggling in terms of mental health, long-term job prospects and engagement with education. Now, more than ever, they need to have their voices heard, valued and respected within the political arena. As Creative Equals, we have been honoured to work alongside an inclusive Creative Council to select this winning work. We can't wait to see the impact it will have."

Dino Myers-Lamptey, founder, The Barber Shop, said: "This idea was the best of a fantastic round of entries, that stood out because of the way it used technology to create a communications channel for young and underrepresented voices. It brought together the strengths of the platform, bringing mobile, location, AR and UGC together to provide something that should really have a positive impact on young voters' awareness of the issues that matter most to their community, hopefully resulting in more engagement and more positive action."

Gracie Page, former Innovation Lead at VMLY&R, current managing director SJR, comments: "Technology is shaping our world, but sadly headlines often focus on panic not progress. The Snapchat Creative Council brief is testament to the positive impact it can have when tech enables creativity. The originality and humanity of entries was outstanding, which makes me all the more delighted to see SpeechToStreet land in the pockets of millions when they need it most: at a pivotal political moment in our country’s history. Snapchat have set the bar for how technology companies can and should be empowering change."

The Speech to Street augmented reality lens is available now across the UK on the Snapchat Carousel, or can be found using the Snapcode below: 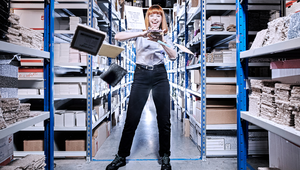