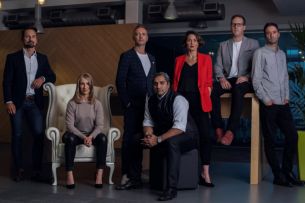 The agency will look to Taylor to lead the growth strategy and to elevate the VML brand in the UK market, building on the agency’s significant global and local momentum since Sharpe’s arrival in January 2018. VML London has already picked up Nestlé Skin Health (global AOR) and Baileys (global digital AOR) in 2018, both following competitive pitches, and expanded its headcount by 62%.

Taylor was previously Head of Marketing & New Business at both Y&R London and Brothers & Sisters.  During her time at Y&R London, she led multiple pitch wins including TUI, Chanel No5, Premier League, Visit England and JD Williams. At Brothers & Sisters, she led successful pitches for Carphone Warehouse, Sony PlayStation and Virgin Active. Taylor is currently Account Partner at Isobel.

Taylor joins at an exciting time for VML. In rankings released last week by the Cannes Lions International Festival of Creativity, VML was named Entertainment Agency of the Year for the second consecutive year. The agency also ranked as one of the Top 10 agencies globally.

Taylor said: “My priority at VML will be to shine a light on the London agency and continue the incredible momentum established by the team since January.”

Sharpe said: “Lucy brings great expertise, experience and determination to the role. She has relentless energy and drive and will be an invaluable addition to VML London.”