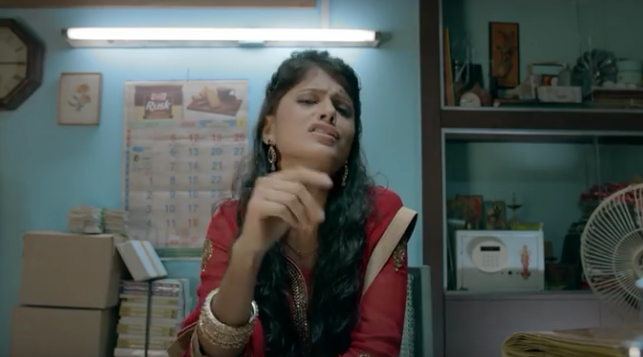 Vistaprint, a global player offering quality printed and digital marketing products, has been operational in the Indian market since January 2013.

Known for disrupting the print industry with its technology-driven platform, the multinational specialist firm is now looking to make further inroads in the Indian market. The company has launched its first multimedia campaign – conceptualised and executed by Orchard Advertising, part of The Leo Burnett Group India.

The Vistaprint #ChaltahaiKoChaltaKaro campaign delivers a strong message in a humorous way, ‘that the “chal ta hai” attitude in the print service industry needn’t be the norm and should not be accepted henceforth.

The campaign features four films, each stressing on the issues of offline printing and the many benefits one can avail with Vistaprint, like ample choice of designs, on-time delivery, no minimum quantities on customised apparel, and last but not the least – the brand’s unflinching promise on the quality front.

Commenting on the launch of the campaign, Nilesh Parwani, managing director, Vistaprint India, said, “The goal of this campaign was to present Vistaprint as a viable alternative to addresses some of the prevalent challenges in the existing unorganised print service industry.”

“We take a lot of pride in delivering WOW-quality products and services to our customers. It took almost two years to get our offering right before announcing ourselves to the market with the #ChaltahaiKoChaltaKaro campaign,” he said.

“The ‘chal ta hai’ attitude represents almost a resignation that printing as a service can be improved and with ‘chal ta karo’, we are effectively saying Vistaprint is here! I think it’s a very powerful yet simple message that truly captures the Vistaprint promise.”

Kaizad Pardiwalla, chief operating officer, Orchard Advertising, added, “Vistaprint is a popular brand internationally and the challenge for us was to make it as popular in the Indian market. To make Vistaprint solutions relevant to the Indian populous, we wanted to peg the communication on the strong Indian behavioural truth of ‘Chal ta Hai’. In our lives a lot of people get away with average service under the guise of “chal ta hai na.”

Even in the printing solutions industry, there are printers, who despite their poor service and mediocre printing solutions, dictate terms to consumers. Palming their inadequacy off as Chal ta Hai. The idea was to highlight this issue by telling stories weaved with humour to move consumers to a better way of printing – with Vistaprint.

The campaign drives home the message in a simple and entertaining way and succeeds in establishing a strong position for the brand in the mind of the Indian consumer.”

Hemant Kumar Sivan, executive creative director, Orchard Advertising, added, “This was the first time Vistaprint was launching a multi-media campaign, so to create a huge impact with it was of vital importance.”

“The campaign states the problems of offline printing very clearly and positions the brand as the go-to platform that solves these problems. We are glad that it has achieved instant success in the online world with #ChaltahaiKoChaltaKaro trending as #1 on launch day.”