VisitEngland Appoints Lowe Open to Promote Destinations Across the UK 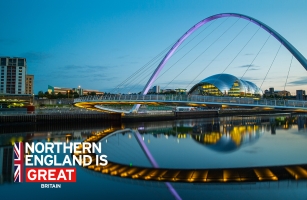 VisitEngland, the domestic tourist board for England, has appointed Lowe Open UK, the specialist activation agency and sister shop to DLKW Lowe, to develop a creative framework for all marketing communications promoting the North of England overseas. The appointment comes following a competitive pitch through the Lot 1 government roster. DLKW Lowe was selected for the Government creative framework roster in September 2013.

The appointment is part of a programme to increase awareness of the wide variety of attractions across the North of England to business and leisure travellers globally; putting the assets of the North firmly on the international map, showcasing why it is such a great place to visit. The aim is to deliver increased visitor numbers across the region as part of the Northern Tourism Growth fund activity – a £10m investment fund from the government that aims to deliver 2 million additional visitor nights into the North of England. Since the appointment the scope has also widened to include destinations in the South West.

The framework will be in keeping with the Great campaign, the government’s most ambitious international marketing campaign ever, which showcases the very best of what Britain has to offer, in order to encourage the world to visit, study and do business with the UK.

Client Services Director at Lowe Open Stephen Parker is leading the account and commented, ‘We're thrilled and honoured to have been appointed. We are all inspired by the team’s ambition and obviously by the wonderful destinations we will be promoting’.

Speaking of the appointment, Tim Holt, Marketing Director at Visit England, said, ‘We’re delighted to be working with Lowe Open on this creative brief, which aims to encourage  visitors to explore the North and the South West of England; showcasing them as fantastic destinations to visit, ”.