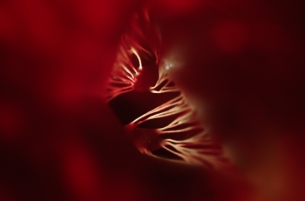 Visa has a proud heritage with the Olympic Games, having been the exclusive payment services sponsor and only card accepted at the Games since 1986. With only five months until the Rio 2016 Olympic Games, Visa Europe today launched their 'Heart of the Olympian' campaign, designed to drive awareness of Visa’s sponsorship and generate excitement ahead of the greatest sporting event on earth.

The  film, directed by Juan Cabral, follows an athlete preparing to compete and depicts the journey he goes through in the build up to the ultimate moment; the competition. His everyday life is interspersed with images of a beating heart, drawing parallels between the heart of an athlete and Visa. Visa is the beating heart of payments. Just like your heart, Visa is always ready, always performing, whenever you need it.

From today, Visa will be promoting their sponsorship with the 'Heart of the Olympian' campaign, alongside a collection of promotions and activations that take Visa customers to the heart of the Games of the XXXI Olympiad.

A 90 second version of the film will be shown in participating cinemas in the UK. Versions will also run across a range of channels including Facebook, Twitter, YouTube, created especially for the campaign.

Gary Twelvetree, Executive Director, Brand & Central Marketing at Visa Europe, said: “Visa’s dedication to the Olympic movement, National Olympic Committees and individual athletes has helped ensure the continued success of the Olympic Games. As an Olympic sponsor, Visa Europe can bring fans closer to the heart of the Games in Rio. Visa is the beating heart of payments – our system never stops and works whenever and wherever it’s needed. Just like the Olympians that will compete in the Games this summer, Visa is always on and ready to perform. This film is a celebration of that synergy.”