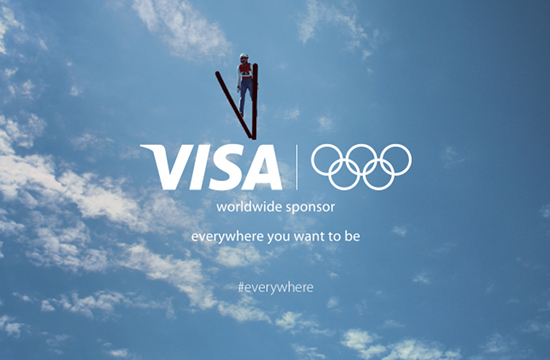 Visa and Procter & Gamble have championed in their sponsorship of Sochi 2014, while McDonald’s has faced considerable backlash,  according to research by global social media agency We Are Social.

We Are Social analysed global English language conversation volume around the Sochi Olympics between 7th – 18th February. It found that the most talked about sponsors were Visa with 49,700 mentions, McDonald’s with 18,800 mentions and Procter & Gamble with 12,000 mentions.

However, despite coming in second place for the number of mentions, McDonalds has received high levels of criticism from social media users. Looking into the sentiment of the global conversation surrounding these brands, We Are Social reveals that less than 1% of tweets mentioning McDonald’s were positive. The main focus of criticism was the legitimacy of McDonald’s to be sponsoring a sporting event, with 35% of comments associating the brand with obesity issues.

In contrast, Procter & Gamble came out on top in regard to sentiment, with 67% of global mentions positive. We Are Social found that the brand effectively leveraged its TV advert on social channels to help drive awareness and positive sentiment.

Visa effectively used images and Vine to create shareable content. Mentions of the brand were found to be 99% neutral, mainly consisting of retweets of its owned activity, or passing mentions of the sponsorship without offering an opinion.

In the UK, Coca Cola’s sponsorship of Sochi 2014 was also heavily criticised on Twitter. Coca Cola was the most mentioned brand in the UK, but 81% of these mentions criticised the brand over LGBT issues.

The Sochi Winter Olympics has been mentioned 7.3 million times between 7th – 18th February; #sochi2014 has proven to be the most popular hashtag associated with the Games, with 2.17 million mentions worldwide. The #SochiProblems parody hashtag was the 6th most popular hashtag, mentioned 138,000 times.

Ed Kitchingman, R&I Director at We Are Social, said: “McDonald’s struggled to present a convincing narrative that it should be involved as a sponsor of the Winter Olympics. It began badly when its #cheerstosochi hashtag was hijacked prior to the Olympics, by those highlighting Russia’s anti-gay stance.

“The brand arguably never recovered from this, and the disparity of the association between a fast food company and a sporting event plagued it even further. It failed to convince a significant proportion of the public of its legitimacy to be involved in the conversation.

“Meanwhile, P&G and VISA focused on the athletes – or in P&G’s case, the athletes’ mothers. By foregoing the emphasis on their products, both brands were able to create content that people naturally wanted to share, capturing popular mood and gaining endorsements from social media users.”

All figures are from 7th February to 18th February and are Global English for Twitter, Blogs and Forums.