Virginia Lottery Asks People If They Were a Number, Which Would They Be 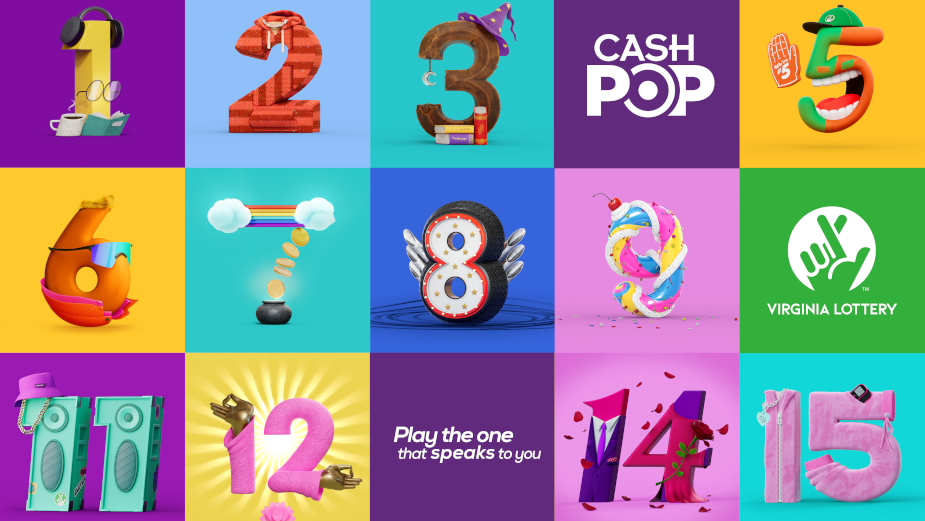 This week, ad agency, Yebo, launches a new, fully integrated campaign for the Virginia Lottery’s new game, CASH POP. The campaign launches state-wide in Virginia this month and will continue through March.

CASH POP is a different kind of game for a new kind of player. With a younger audience in mind, the campaign focuses on turning fifteen numbers into bright, playful characters who want you to choose them over the others to play. “Treating CASH POP like a TV show, the numbers became our cast. We developed actual character bios of the numbers in the hopes that players would develop their own narrative of good, bad, lucky and mischievous,” said lead creative and director of design, Greg Cassidy. Richmond-based animation shop, Hue & Cry, breathed life into the number characters, fitting each to its own personality.

The campaign hopes to set the standard for similar game releases in the industry.

“Since this was a new Lottery game with a new audience, that set the tone for us to develop a very different looking campaign,” said Yebo’s creative director, Ron Villacarillo. Joining a successful portfolio of Virginia Lottery work, CASH POP kicks off 2022 for Yebo as the first major campaign of the year. The campaign includes television, radio, online video, GSTV, point of sale, OOH, social and digital banners.

For more information about the CASH POP campaign or Yebo’s work, visit here.

Yebo is an advertising agency based in Richmond, Virginia, committed to making a positive impact on culture, communities, clients and consumers. Yebo and the Virginia Lottery have a long-standing partnership.