Virgin TV Makes All the Right Moves in Dance Spectacular 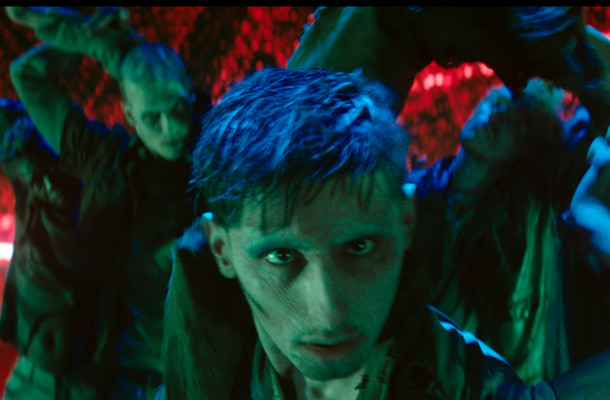 Virgin TV is kicking off 2018 in style with a spectacular new campaign celebrating the incredible variety of programming on its most advanced set-top box, the Virgin TV V6.
The campaign, created by BBH London, features popular characters inspired by some of the hottest shows enjoyed on Virgin TV coming together and dancing inside a V6 box.
Airing from New Year’s Day, the fast-paced 60” spot sees Chase, Skye and Marshall from kids’ favourite ‘Paw Patrol’ and characters based on other hit TV shows moving to the beat of Missy Elliott’s track ‘We Run This’.
The film also includes a cameo from Virgin Media’s brand ambassador, Usain Bolt, and nods to the company’s sponsorship of Southampton FC and its first-class football offering where customers can watch all the matches shown on Sky Sports and BT Sport in one package.
The multi-million pound campaign will run across TV, social, online, print and OOH.
Kerris Bright, Chief Marketing Officer at Virgin Media, said: “We’ve brought to life the irresistible entertainment that’s waiting to be watched on the incredible next-generation Virgin TV V6 box.
“Whether it’s watching prime-time entertainment with the family, catching up on nail biting drama or binging on a Netflix box-set in 4K, our V6 box offers the best way to watch the best TV.
“It’s perfectly summed up by our ‘Delivering Awesome’ tagline where we’re brilliantly bringing together amazing TV shows with our lightning-fast broadband to give our customers the UK’s leading connected entertainment experience.”
Launched in November 2016, the V6 is Virgin TV’s fastest, smartest and smallest set-top box. It is 4K-ready and can record six programmes at once, while streaming or downloading a seventh, and lets customers enjoy multi-screen viewing around the home.
The V6 is also made for binge-worthy box sets, with lightning-fast access to Netflix, and the ability to simply search for a series or programme thanks to the intuitive TV guide and smart search function.
Ian Heartfield, Executive Creative Director at BBH, commented: "We've brought to life the fact that Virgin Media has all the entertainment in one place, in a big, feel-good, fast-paced, Fredrik Bond visual feast."
view more - Creative