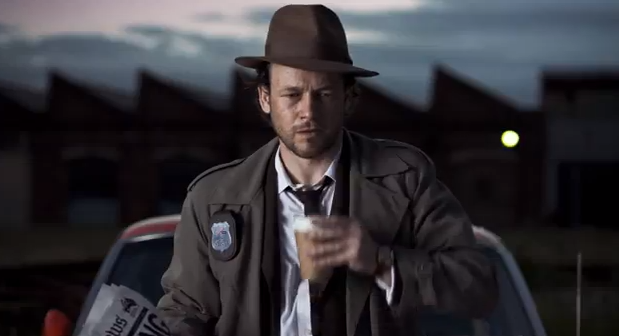 Virgin Mobile Australia has launched a campaign to celebrate the launch of Data Rollover – an Australian first product initiative that will rescue Aussies’ unused data on new postpaid mobile plans by rolling it over to the next month, giving them a second chance to use the data they’ve paid for.

Nicole Bardsley, director of brand and communications, Virgin Mobile, explains: “Last year we pledged to make mobile better and Data Rollover is a reflection of this. We know how important data is to our customers. They want a plan with the flexibility to live their life without worrying about being over or under their data usage."

“We’ve created a campaign called ‘Data Rescue’, because we are the only mobile provider giving Australians a second chance to use the data they’ve paid for. We wanted to bring to light all the funny and awesome things people use their data for and highlight the injustice that this data is snatched away at the end of each month. We did this by creating a character – Detective Rex Data – who is on a mission to rescue Aussies’ data.”

The campaign launched yesterday with a 30-second spot directed by Christiaan Van Vuuren, of Bondi Hipsters and Soul Mates fame. Three 15-second spots will follow in the coming weeks. The digital spots are shot in a serious cinematic film noir style, which is juxtaposed by the sillier, more random content of the online world.

Van Vuuren explains further: “From a professional perspective, I've always thought that Virgin Mobile would be a fun brand to work on. They appear to take the right kinds of risks; well calculated decisions to try things that haven't been done in their category before. From my perspective as a consumer, I've always observed that they have great brand personality. It’s safe to say I was pretty excited to work with them and I wasn’t disappointed. The spots have a very distinct style, and the comedic tone is uniquely Virgin.”

The digital spots will be supported at launch by national outdoor media and continue across cinema and radio throughout the remainder of the campaign. A series of influencer generated content bringing to life the weird and wonderful ways we use data will also be pushed out on Virgin Mobile’s social channels over the coming months.

Virgin Mobile CEO, David Scribner, concludes: “Data Rollover will revolutionise how Australians view their mobile provider’s data offering and will change the mobile industry for good. I’m proud to say that we are the only mobile provider rescuing people’s data and I’m excited for people to engage with this campaign.”