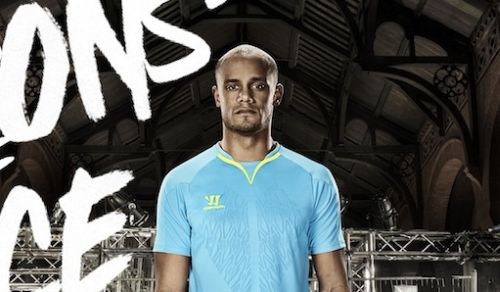 This week creative agency Wolfpack reveals its new integrated campaign for Warrior Football to launch new editions of each of the brand’s boots; Skreamer, Gambler and Superheat.

Targeting 17 year old males worldwide but with a particular focus on UK and Western European markets, Wolfpack has produced a fully integrated campaign encompassing print, content, retail, digital, social and experiential with the boots and players at the forefront. The activity will raise awareness and create appeal for the new boots in order to drive sales within the focus regions.

Continuing Warrior’s distinctive signature style, the core campaign creative communicates the proposition of each of the three boots – Power, Speed and Control – in a dramatic urban landscape. Manchester City and Belgium captain, Kompany, stars in the Weapons of Choice execution for Skreamer while Manchester United and Belgium midfielder Fellaini features in Control Time for the Gambler boot. England Under-21 star Thomas Ince is seen bursting into flames to promote Warrior’s speed boot, Superheat. 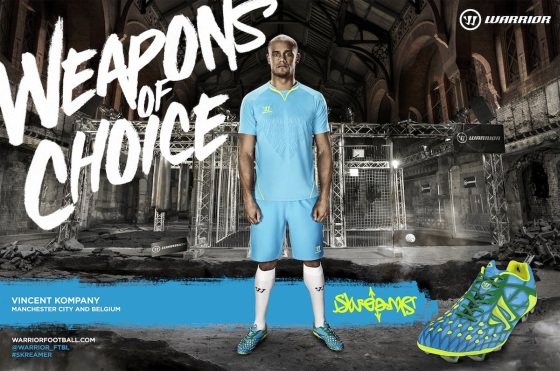 The campaign is supported by additional video content showing the players taking on an experiential challenge in the new boots. The challenge itself will form the basis of Warrior’s upcoming UK experiential campaign appearing at the Warrior sponsored Keele Cup in July, Britain’s biggest international football tournament.

Kenny McCallum, Global Brand Director of Warrior Football, said “Our audience is used to seeing boot creative with the product in pristine locations or on the field of play. We challenged Wolfpack to create a campaign which removed the boots from the field, placing them in a gritty, urban environment, a marked difference to our competitors’ advertising. We look forward to seeing the results of the campaign.”

Matt Bennett, Founder and Chief Creative Officer of Wolfpack, part of ZAK Media Group, said "Creatively these global campaigns are about hyper-realism, demonstrating the particular benefits of each boot in a dramatic but believable manner for footy fans around the world. From a production point of view, we wanted to work the budget really hard, developing maximum content across all our platforms from a very limited time with the players."