Vincent Haycock Celebrates 100 Years of Hugs This Christmas for Zalando 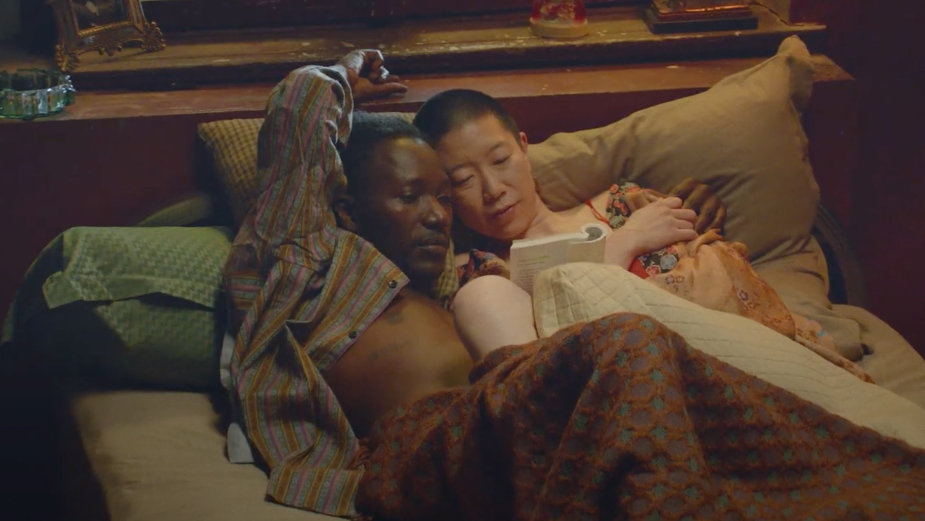 This holiday season, Zalando, Europe’s leading online platform for fashion and lifestyle, is celebrating the ultimate expression of human connection and solidarity: the hug. Against the backdrop of a challenging year of uncertainty and separation, human connection has never felt more important and the new Holiday Campaign, ‘We Will Hug Again’, seeks to convey the feeling of optimism and hope across Europe.

The campaign is brought to life through a series of Hug Portraits, intimate and emotive images captured by documentary and portrait photographer Sarah Blais. Complementing this is a heart-warming film, ‘100 Years of Hugs’, overseen and directed by globally renowned visual storyteller, Vincent Haycock, and set to the track ‘Godspeed’ by legendary singer-songwriter, Frank Ocean.

The simplicity and emotional impact of the hug can be felt throughout the campaign. Whether it’s friends walking arm in arm, a daughter hugging her elderly father, or couples of all ages, genders and orientations embracing – the protagonists throughout are real and relatable people, taking the focus away from staging, models and fashion and placing it on the message of hope for the future when we will be able to hug our loved ones again.

“The central idea of our holiday campaign, human connection, is echoed in the way we engage with our customers. Our strategy is to be social first, allowing us to connect and engage with consumers through relevant and relatable stories.” Barbara Daliri, Zalando’s senior vice president sales and marketing, comments: “It was important for us to address the exceptional circumstances and uncertainty of this holiday season and at the same time share with our community the feeling of hope for the time when we will be able to reconnect with our loved ones.”

The campaign launched on 1st November and takes place across two months. It kicked off with an initial tease phase designed to drive intrigue and conversation. This first phase featured the Hug Portraits appearing as huge unbranded murals in highly visible urban locations across Europe. They show two figures in an embrace, where the second person is missing and the question ‘Will We Hug Again?’ is posed.

From 8th November, Zalando reveals ownership and releases the campaign’s core optimistic message: “We Will Hug Again”. This message of hope will be depicted across numerous formats: from the completion of the murals with the second figure through all advertising, digital and social channels, including the moving film ‘100 Years of Hugs’ shot by Haycock, still photography by Blais, OOH, DOOH and owned social channels by the large and diverse cast of this campaign. The 360°campaign was created in collaboration with creative agency, Anomaly Berlin and will be rolled out across Europe, in all 17 of Zalando’s markets.

Veit Moeller, Anomaly Berlin executive creative director, adds: “This simple but powerful campaign is a promise for our future. The goal was to peel off all those outer layers associated with the Holiday season and identify the rawest and most iconic symbol of human connection: the hug. Shooting a campaign around the globe, totally remotely, during a global pandemic has been a beautiful challenge and we are excited to bring Zalando’s message to the world.”

The film was shot across Nigeria, Vietnam, Italy, Mexico, Sweden and Germany by four directors, beautifully curated by Haycock. Each film tells the story of one hug, united by a central look and feel, enabling all films to be cut individually or together. Further adding to its moving nature, Frank Ocean’s ‘Godspeed’ is a track that epitomises the feeling of human connection and togetherness.