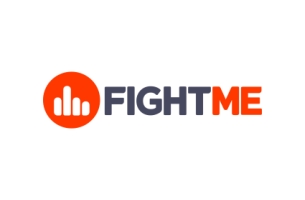 Following its successful launch last year, the London based app is using the world’s leading investment crowd funding platform, CrowdCube, to raise and additional £480,000, to market the product and build a much wanted android version of the app.

FightMe is part of the new wave of social platforms that are breaking down the barriers between brands and users. Rather than users interacting with brands merely through likes or comments alone, the platform will in the future monetise it’s highly engaged audience through a number of different revenue streams.

FightMe’s recent partnership with disruptive animal rights charity, PETA, demonstrates the apps ability to harness a social community to spread a brands message to a global audience. The ‘I’d Rather … Than Fur’ challenge is a first-of-its-kind online video protest aimed at spreading the charities anti-fur message and encourage people from all over the world to join the war against fur.  This will be the first in a long line of brand partnerships that aim to change the landscape of brand and user interaction.

Through a quick and simple smartphone app, FightMe makes capturing and sharing video fast, easy and relevant. Users have thirty seconds to create a video about whatever they want and can either start their own video challenge or join in one that is already live, like PETA’s latest anti-fur protest.  Through FightMe’s unique nomination feature, users are also prompted to take their challenge to the wider network of friends and followers through social profiles, SMS, Whatsapp or within FightMe directly.

Joelle Hadfield Co Founder of FightMe commented: “This funding isn’t just about raising capital, it’s about like minded individuals joining in our cause and support our expansion. We are a collaborative platform so we want collaboration to be part of everything that we do. From developing new features for the platform to raising global finance to fund our movement, we’re inviting people to join in and part of our company.”