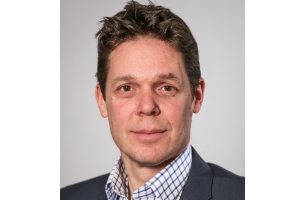 Videology—one of the world’s largest video advertising platforms—today announced the expansion of its European leadership team with the appointment of Robin Kingerlee as EMEA Media Director. In response to Videology’s rapid European growth, the new role will be key in continuing the rapid growth and adoption of programmatic trading in the EMEA region via Videology’s platform and services.

Robin brings to Videology more than nineteen years’ advertising experience, including fourteen years in online media. He joins Videology after eight years with Microsoft Advertising, where, most recently, he helped launch the Microsoft Exchange in the UK, spearheading the creation of Microsoft Video Network, and leading the company’s U.K. video strategy.

Reporting to Jana Eisenstein, Videology’s Global Director of Media, Robin will be responsible for enhancing Videology’s leadership in Europe and accelerating the programmatic agenda across the EMEA region from the company’s European head office in London.

“With EMEA continuing to play a core role in Videology’s rapid international expansion, there was a need for a new role specifically focused on building upon the momentum which saw us gain seven new territories in 2014 which significantly grew the media footprint  and relationships across the region,” said Jana Eisenstein. “Robin’s deep online media experience across both the demand- and supply-side, along with his track record in relationship-building and business development, make him the ideal candidate for championing programmatic trading across Europe.”

Commenting on his appointment, Robin said: “Bringing my experience of the online media space to this new role, I’m delighted to be joining a global market-leader which is committed to product innovation and accelerating the adoption of smart, automated trading within the VOD marketplace. The power of programmatic media planning allows European publishers to tap into demand, whatever territory they are in, and I’m looking forward to leading Videology’s media relationships and helping accelerate the pace of change in my role at the forefront of Videology’s successful European operation.”