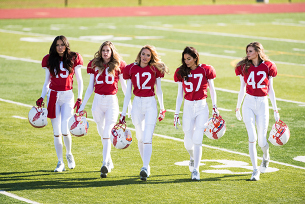 Today, though, the lingerie brand has released its actual 30-second Super Bowl spot ahead of the Big Game. And it couldn’t be further from the teaser if it tried. Instead of sports stars, the ad features footage captured by the brand over the past 18 months, with only one clip shot specifically for the Super Bowl.

Check out the teaser film below and then the actual spot below that.