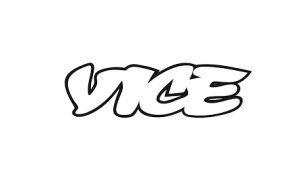 The joint venture film label will develop, produce, finance, market, acquire and distribute narrative films from groundbreaking emerging directors around the world, drawn from the talent pool and content that VICE has pioneered. This innovative partnership will bring together the creative breadth and global reach of VICE with the premier producer and distributor of films in the entertainment business, 20th Century Fox.

VICE FILMS will be a place for visionary filmmakers who want to tell unique stories outside of the mainstream, and who want to connect to and capture the hearts and minds of an entire generation of millennial film lovers, who are focused on new media technologies.

Fox and VICE will each contribute resources to VICE FILMS.  Fox will bring its best-in-class global film development, production and distribution capabilities in all media while VICE will lead creative development and leverage its global marketing and online activation expertise. VICE also will utilise its vast global network of digital channels to reach as wide an audience as possible.

VICE's existing heritage and pedigree for releasing bold and daring films and documentaries, is born out of the youth media brands unparalleled pedigree for storytelling through the visual medium. In 2014 VICE released the Sundance winning Fishing Without Nets, the critically acclaimed skateboard documentary All this Mayhem and forthcoming Iranian vampire film, A Girl Walks Home Alone at Night.

VICE FILMS intends to produce at least two films internally a year, and the partnership will look to both theatrical and new digital business models for distribution. As part of this joint venture VICE will also have a first-look production deal with 20th Century Fox giving VICE the opportunity to develop larger budgeted films as well.  In addition, Fox will have an opportunity to develop material based on VICE’s vast library of unique stories for potential feature films.

Eddy Moretti said: “VICE Films is the beginning of an exciting new chapter for VICE. The success of “Fishing Without Nets,” “A Girl Walk Home Alone At Night,” and “All This Mayhem” showed us that we can play a vital role supporting exciting, bold, and visionary filmmaking. In partnership with Jim and his excellent team at Fox, we will build a new global home for cinematic creativity, supporting filmmakers from development to distribution, and creating a new business model for the industry along the way. But at the heart of this partnership is our love of cinema; VICE is committed to the enduring artistic and cultural relevance of the 2-hour narrative.”

VICE is a bold, groundbreaking new media company that allows us to reach an audience that is focused online and consumes its news and entertainment across many media platforms,” said Jim Gianopulos. “VICE not only knows how to reach that audience but markets to them better than anyone else out there. We’re very proud to embark on this exciting venture with our new partners.”