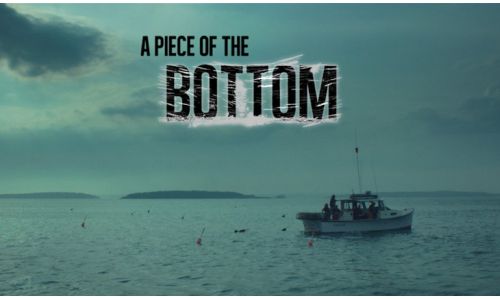 VICE will world-premiere the short film A Piece of the Bottom on June 24th, 2014.  Inspired by real events, the film tells the tale of two feuding lobster families on the brink of war played out over the battleground of Maine’s 3500 miles of coastline.  Here, on America's biggest ocean frontier, self-regulated lobstermen struggle to hang on to their way of life, even if it means fighting to the death for their piece of the bottom.

In the search to tell an authentic story of place, the filmmakers - director Floyd Russ, writer/producer Harrison Nalevansky, and producers Mike Lobikis and Adam Palmer - decided to base the genesis of their idea in truth.  Together, they set out to create a plot-driven short filled with conflict, founded in real events, and fictionalized for emotional effect, where the central character is the location itself.  They researched newspaper articles and connected with large swaths of Maine communities including lobstermen, small business owners, harbor patrolmen, and world-renowned conservationists. The overwhelming challenges facing this rural working class quickly revealed a situation waiting to explode.

Recent unseasonably warm winters attributed to climate change have led to a spike in lobster hauls throughout the Atlantic fisheries. Yet in a cruel twist of irony, the record harvest has driven the market value of this coastal export down to levels not seen in decades, making it harder than ever for lobstermen to sustain a living.

While laws are in place to regulate the industry, enforcing them is another task entirely. Due to the vastness of the ocean, lobstermen are left to do the policing themselves, in a highly competitive community of mostly local fishing families, where the territorial rights are passed down from generation to generation.  Throw in an unpredictably rough ecosystem threatened by global warming, and the vigilantism of the Eastern seaboard begins to bear a striking similarity to the frontier justice of the Wild West.

The film stars Leo Fitzpatrick (Kids, Storytelling, The Wire) as Abe, a day laborer hired by Bernie Lisbon (Sean Weil) to join the crew on his family lobstering boat.  Abe’s suspicious behavior leads to Bernie’s discovery that Abe is in fact working for their main rivals, the Morse family, placing Abe in imminent danger and driving the simmering situation to a boiling point.

“I’m drawn to telling stories about rural America’s working class that go mostly unnoticed,” continues Russ.  “It’s easy to see the common struggles and themes that echo across the entire country, if not globally. For A Piece of the Bottom, it’s self-preservation versus self-regulation.”

The filmmakers collaborated with award-winning creative partners whose previous work spans feature film and advertising spheres, including composer Will Bates at Fall On Your Sword, editor Robert Ryang at P.S. 260, VFX Supervisor Jay Hawkins at Method Studios, colorist Damian Van Der Cruyssen at The Mill, as well as Sound Lounge and Final Cut USA, among others.

“We were fortunate to have friends from our relationships in the advertising world who were passionate about the project and helped us on every level,” says producer and Maine native Mike Lobikis.  “But what made it all possible was how the many Maine locals came through.  From being on the water with lobstermen I've known since childhood, to shooting in a junkyard where we cast the owner over Craigslist, the people were what made this film real.”

“The people we met in Maine, their stories and confessions of lives at sea were instrumental in our process,” comments Harrison Nalevansky. “Most everyone we met was an unwavering conservationist and should be commended as such.”

To outsiders, the state of Maine is viewed as a serene vacationland frequented by the Bush family and uppercrust Northeastern Elite.  With the story’s focus on the real-life villains who exploit the lobstering industry, the filmmakers hope that this will point to the truth: that Maine is a corner of America filled of blue-collar families struggling with poverty and pressures bordering on exploitation.

“We’re very excited to be world-premiering the film online with VICE,” says producer Adam Palmer. “It’s one of very few platforms that showcases short films and gives them the attention they deserve, while maintaining the same level of credibility as a festival.  We share the same passion for overturning the rocks that make up the foundation of our society and exposing what lies beneath.”