VIA Shakes it Up With Republic Wireless 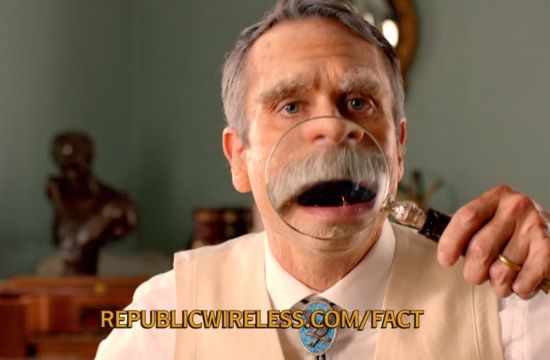 Republic Wireless and The VIA Agency are unveiling the first national integrated campaign for the challenger brand, launching this week, with the aim of shaking up the wireless market. The wireless company is hoping to build wide consumer awareness for its unparalleled offering -- $19 a month for unlimited data, talk and text with no contract -- through its first extensive marketing endeavor.

At just $19 a month for talk, text and web, the offer really sells itself, but H. Bud’s hilarious commentary also serves to inform audiences about the technology behind the offer, as well as the media’s positive reviews. H. Bud’s presence as Republic Wireless’s new brand ambassador also extends broadly online, with consumers invited to check out his Twitter account; Facebook, LinkedIn and Wikipedia pages; SlideShares; reviews on Amazon and even challenge him to a game of Words With Friends.

The campaign spots were directed by College Humor’s Josh Ruben and Vincent Peone who breathed life into the concept from VIA and worked with the experienced improv actors to add additional cheekiness to the original script. Because of College Humor’s strong influence and its reach of up to 9 million unique visitors per month, VIA felt that Josh and Vince could add a great deal to the campaign. Some of Josh and Vince’s most recognizable work includes “Mitt Romney Style” – a Gangnam Style parody – which registered almost 50 million views on YouTube.