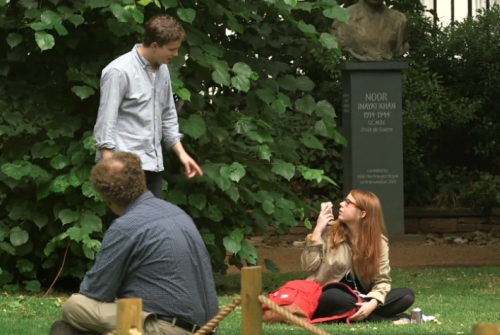 Vevo, the world’s leading all-premium music video and entertainment platform, today announced that it has renewed its seven figure advertising partnership with Toyota AYGO for the second year running.

The extensive 12 month campaign will deliver unprecedented original content programme commissioning and sponsorship, with brand new programming rolling out throughout the year across Vevo starting with ‘Lyric Lines’.  The new deal signifies the continuation of big UK TV advertising spends moving to Vevo’s web, mobile/tablet and connected TV platform and away from traditional broadcast media. In 2013, Toyota AYGO ended its lengthy T4 Channel 4 sponsorship and shifted its advertising spend to Vevo, which offers a highly scaled, massively engaged younger audience. The expanded scope of the partnership follows last year’s hugely successful #YNOT campaign which came to an end in May.

AYGO brings its Go Fun Yourself campaign to Vevo as it seeks to further reach and engage with its target youth audience in a fun and spontaneous way, across Vevo’s highly engaging music and entertainment platform spanning its free apps for smartphone, tablet and living room and Vevo @YouTube.

In a first for Vevo, the newly commissioned AYGO-sponsored programme, ‘Lyric Lines’ rolls out across the platform today. ‘Lyric Lines’ centres around tongue-in-cheek attempts by 21 year-old presenter Flynn Horne using music lyrics as chat-up lines. Filmed in cities around the UK, the first series of ‘Lyric Lines’ comprises eight weekly episodes that will transmit every Thursday. In the first two episodes Flynn tries his luck with Calvin Harris and Take That song lyrics respectively, with hilarious and slightly awkward consequences.

Utilising Vevo’s extensive reach and audience of music-loving millennials, the campaign for AYGO also spans a fully branded new Go Fun Yourself hub on Vevo hosting the biggest, latest music video premieres, ‘Lyric Lines’  episodes and competitions, all supported across social media to develop audience conversation, drive views and raise AYGO brand awareness.   Bespoke creative for the AYGO Go Fun Yourself concept will be integrated across Vevo via pre-rolls, overlays and companion advertising all of which are optimised for mobile, where Vevo now sees 50% of its 285 million monthly views in the UK.

James Cornish, Sales Director, Vevo UK commented: “We could not be more thrilled to continue and, importantly, build upon our relationship with AYGO, which is a testament to the success of last year’s campaign. AYGO’s partnership with Vevo is an innovative and exciting example of a brand harnessing some of the hottest and most topical digital music programming to connect with their target audience. As the number one music video platform in the UK, Vevo is perfectly placed to deliver that.”

“We’re particularly excited to be rolling out new original programmes with AYGO sponsorship, each of which draws on Vevo’s access to the best music content combined with our expert editorial and production skills, to deliver fun and relevant programming around which AYGO can deliver their communications.”

Jemma Shaw, Advertising Specialist Toyota, added: “Toyota is really excited about continuing its partnership with Vevo for a second year. The platform has been the perfect partner for AYGO and this continuation is excellent timing for the launch of the all new AYGO from 1st July. The Go Fun Yourself campaign for the new car is a great fit with Vevo and we are especially pleased to be supporting ‘Lyric Lines’ and the other new content that will be rolling out later this year, as well as the activity around the premiers too.”

AYGO’s first campaign #YNOT launched in May 2013 across Vevo and included a What’s Hot weekend playlist looking at the hottest music videos each week, fan competitions, artist interviews (The Wanted, Kaiser Chiefs, Pixie Lott and Katy B), sponsorship of Vevo’s inaugural Halloween Party and a surprise episode of ‘Vevo GO Shows’ with Example. AYGO also sponsored several key premieres over the course of the campaign, including some of the year’s most successful music videos by Shakira ft. Rihanna, Ellie Goulding, Katy Perry and Avicii.  The campaign delivered nearly 200 million impressions and over 1 million visits to the #YNOT hub on Vevo.