Venezuelan Refugees Are the Subject of This Moving Photographic Project 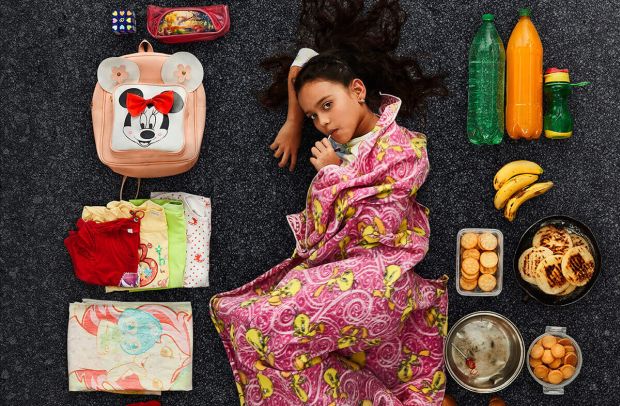 'Undaily Bread' is a moving project from Publicis Bogota aimed at drawing attention to the plight of Venezuelan refugees that have been forced to flee to Colombia.

Created for UNHCR, the United Nations Refugee Agency in Colombia, the photographic collection portrays the story of four Venezuelan refugee families that left everything behind to be able to cross the border on foot, seeking protection and a better future for their kids in Colombia. The four pictures were shot and created in collaboration with American photographer Gregg Segal as a counterpart to his personal project ‘Daily Bread’, where he portrayed what kids around the world ate on their daily diet. In this case, each picture is meant to bring awareness to the crisis Venezuelan immigrants face when they leave their country, portraying each model around the items they carried from home, in addition to the diet they ate during their seven-day journey on the road.

LBB> What was the starting point of this project? Was there a brief? Or was the process more natural than that?

Pablo> Beyond a brief, there was a need to show the reality many Venezuelan refugees face when they leave their country. We then began our process that was based on closely following Gregg Segal's 'Daily Bread' project, and realising his photos were powerful enough to communicate the reality we wanted to show. 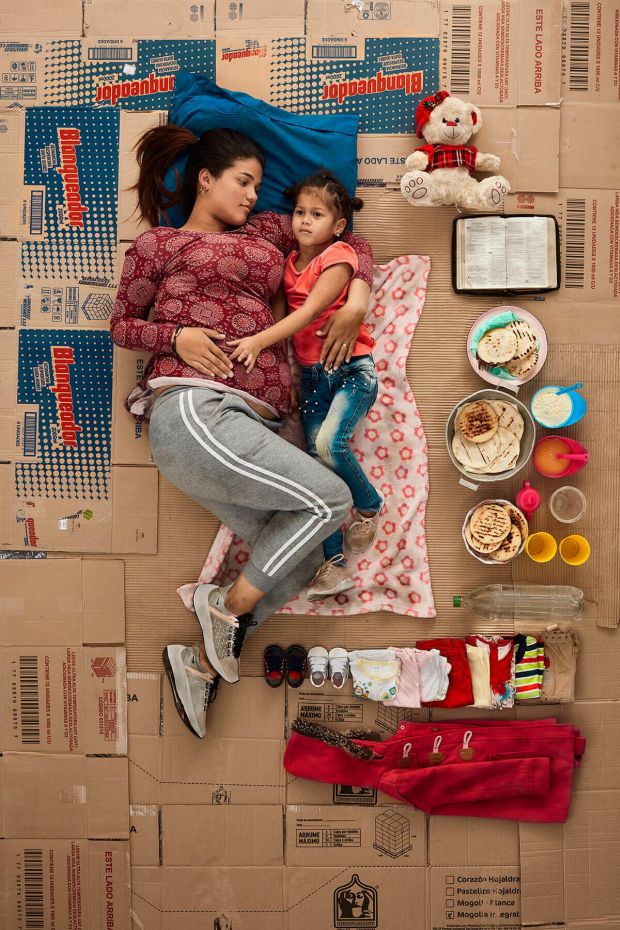 LBB> What inspired you to create something based around the refugee crisis in Venezuela? And what are you aiming to achieve with this project?

Pablo> Currently, the political situation in Venezuela is ending families’ living conditions and the hope of having a better future. That is why we wanted to raise awareness about the reality of these refugees, in a different way that is not always shown.

LBB> How did your relationship with Gregg Segal come about? And why was he a good fit for the project?

Pablo> We came up with Gregg Segal because of his project ‘Daily Bread’ that has reached a lot of countries around the world.

His style was perfect for the project, because in one picture he is able to gather around a lot of elements that are able to ‘talk’ about the context each model is living, in addition to a unique composition of typical dishes, colours, clothes, even personal belongings, of kids and cultures around the world.

In our case, we thought ‘Undaily Bread’ was an opportunity to show the ‘other side’ of the reality other kids live on a daily basis, like the journey Venezuelan refugees face.

Gregg’s style was right for us, because it has the power to show a crisis as harsh as this one in a poetic and artistic way, without leaving sideways the dark side of it. 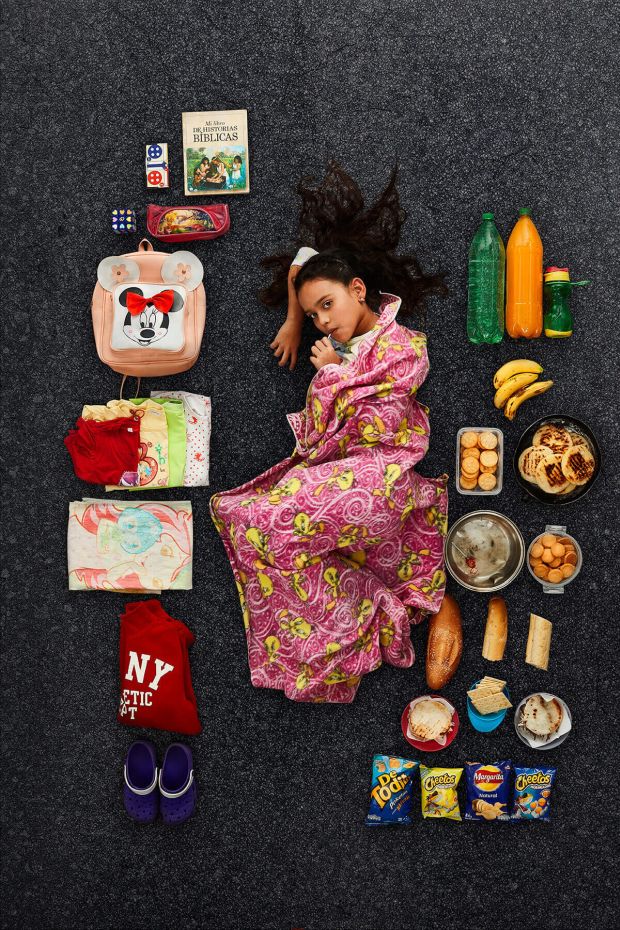 LBB> Can you tell me about his project Daily Bread? What does it entail and when did you first become aware of it?

Pablo> In Gregg’s words, “Daily Bread features many simple meals made from whole foods that can be prepared at home. The deeper goal of this work is to serve as a catalyst for change and link to a growing, grassroots community that is sharing information, learning from one another and moving the needle on diet.”

What caught our attention was the message ‘Daily Bread’ has in the background in addition to the visual power Segal manages to capture in each of his photos. The mix of colours, clothes, food and even personal belongings create a unique style in his work.

LBB> And then what inspired you to base this creative project around it?

Pablo> When we see news of refugees and immigrants, we usually see a general view of the situation and not an approach to reality. Under this argument we wanted to direct the creative style of these pieces.

Gregg’s composition reflects the abundance of cultures, in this case we wanted to show the opposite: the limited resources refugees have, a problem that is also part of modern culture. 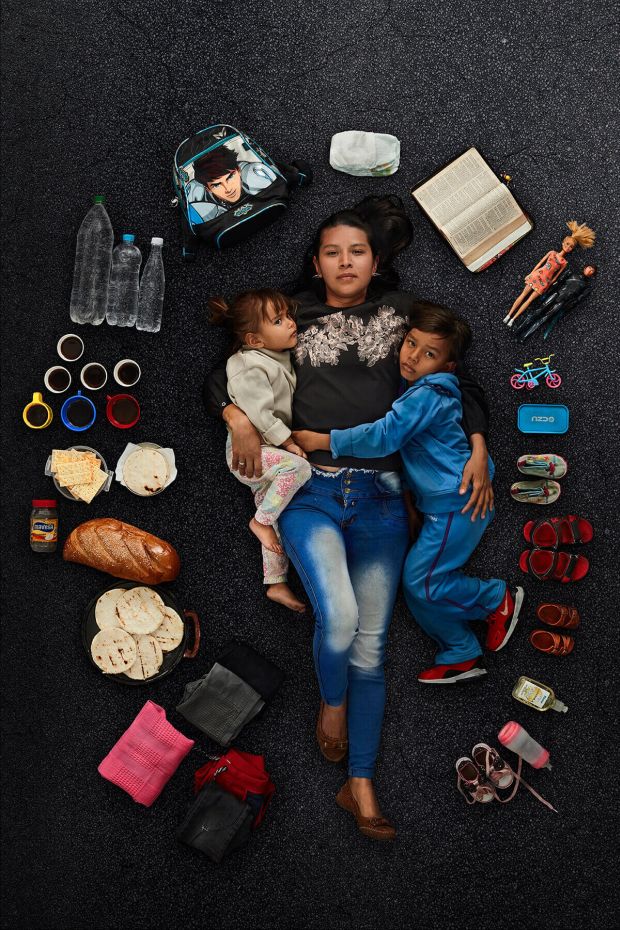 LBB> What were mainly aiming to portray in the photos? What would you like viewers to take away from them?

Pablo> We want the viewer to understand the reality of the refugees' journey through something as common as a daily diet.

LBB> What was the photographic process like? How did you find people to feature in the photos?

Pablo> We reached the immigrants in the pictures thanks to Rocio Castañeda, National Public Information Official of ACNUR (United Nations Refugee Agency) here in Colombia. All the models that appear in the series are Venezuelan and arrived in Bogotá after a seven-day journey (by foot, bus, and different ways of transportation) after leaving behind their homes and families in their country. We thought that using mothers alongside their kids had the power to reflect the innocence of the children as well as the love and strength of a mom during a crisis of this magnitude.

LBB> Where have you placed the photos to garner attention for the project?

Pablo> Undaily Bread has been exhibited in the San Felipe Gallery, an artistic space of Bogotá. In addition, it was published in the most widely-read media in Colombia (El Tiempo, El Espectador, Semana) and spoken about by figures such as Daniel Samper (renowned Colombian journalist) and Stefan Sagmeister. 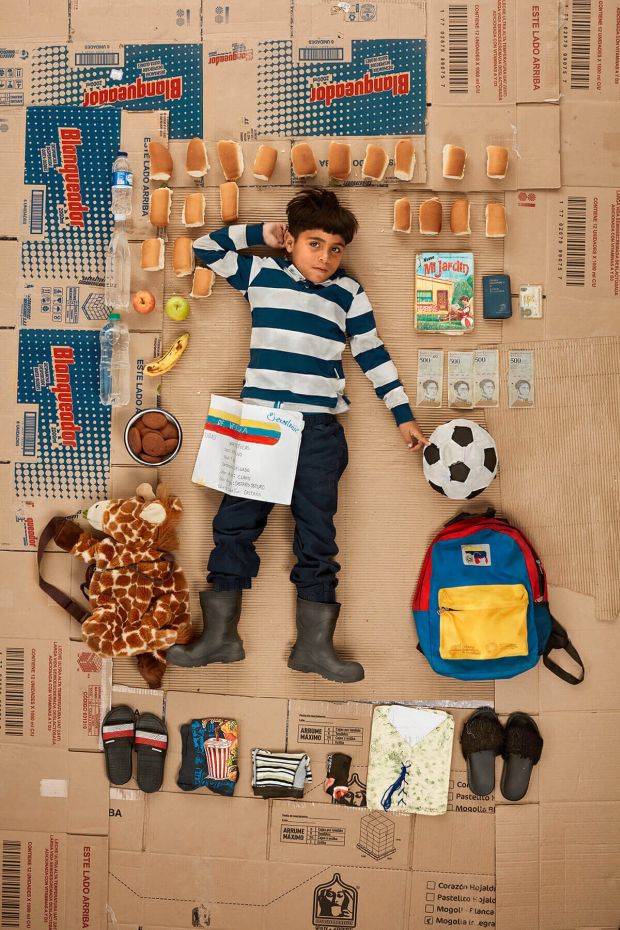 LBB> What kind of reaction have you seen?

Pablo> We’ve had a very good reception and have received a lot of positive comments from all types of audiences around the world, including immigrants, journalists, citizens and different types of media. 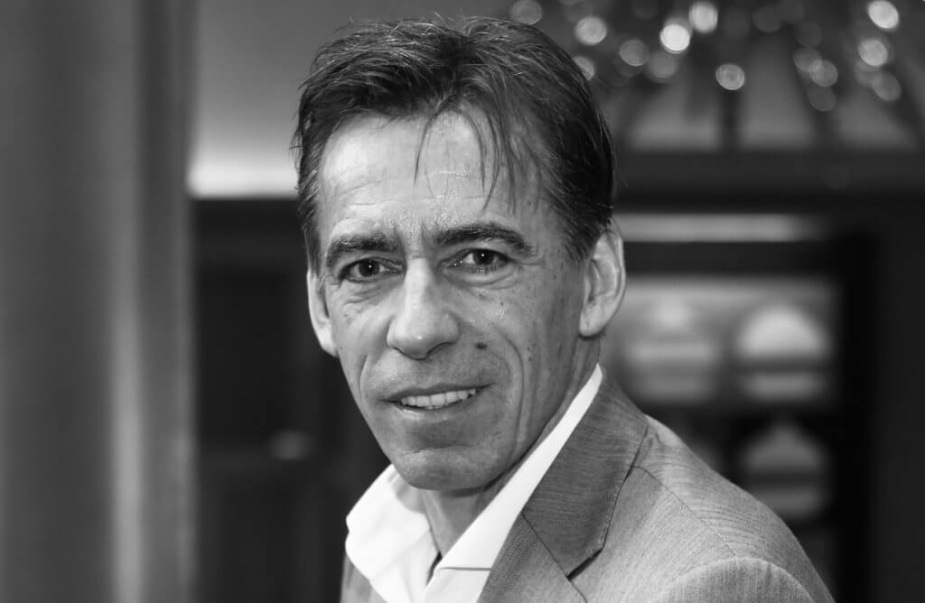 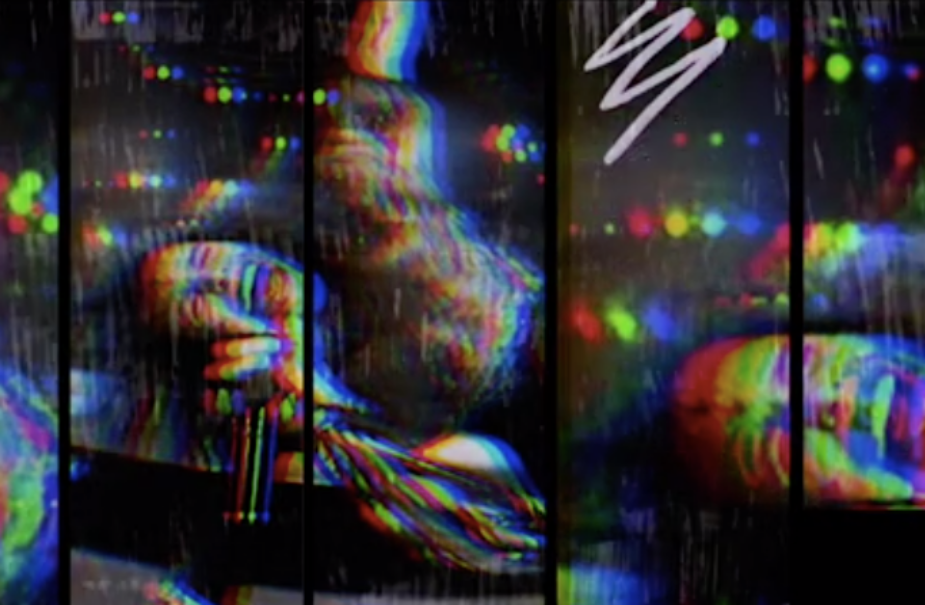 Are You Experienced? Sound and Music Let Loose 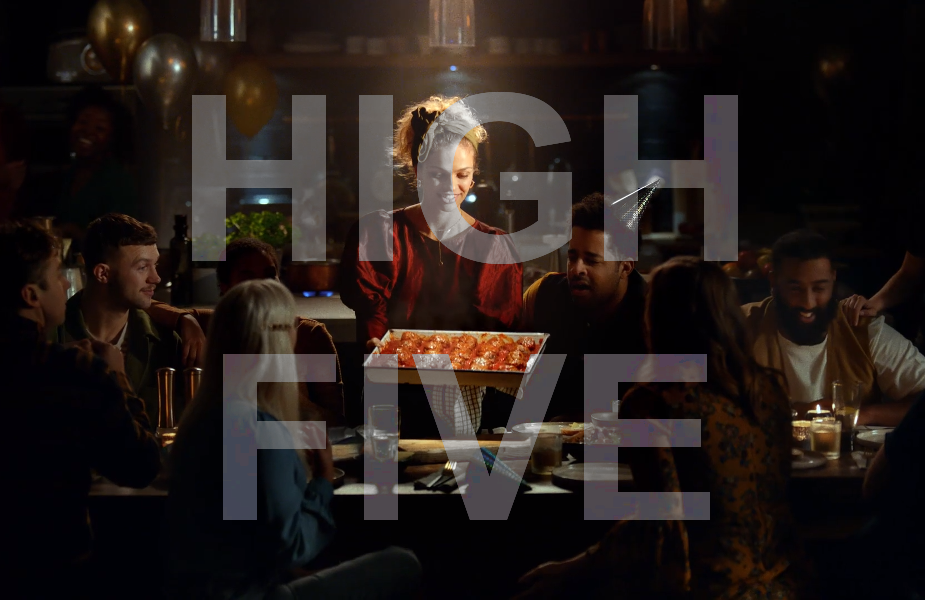 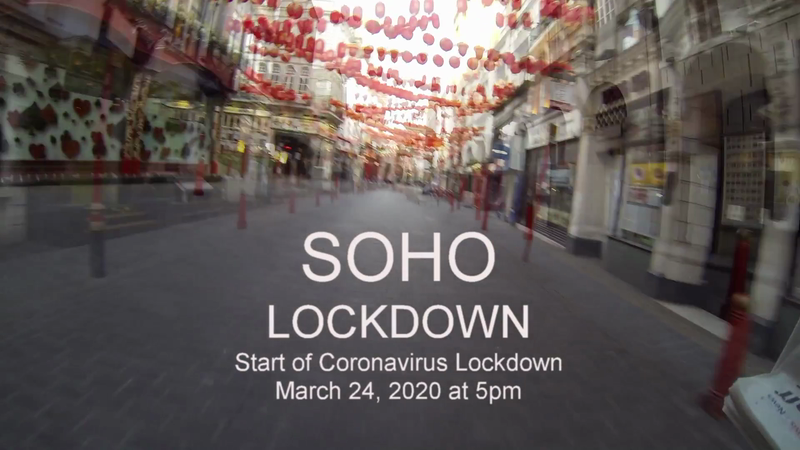 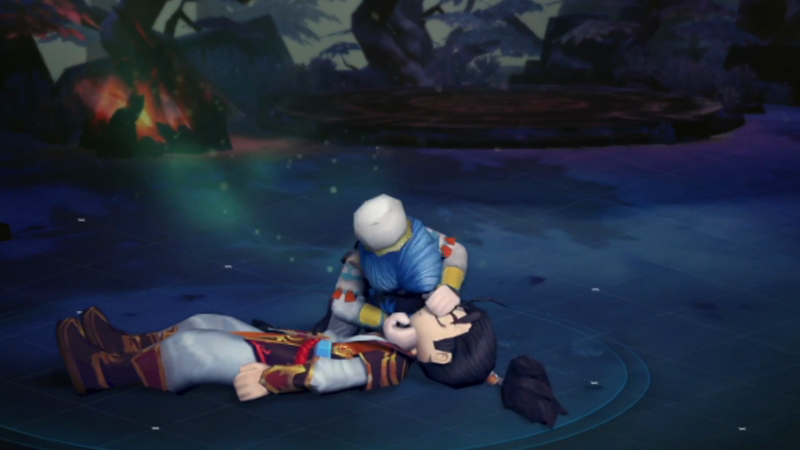