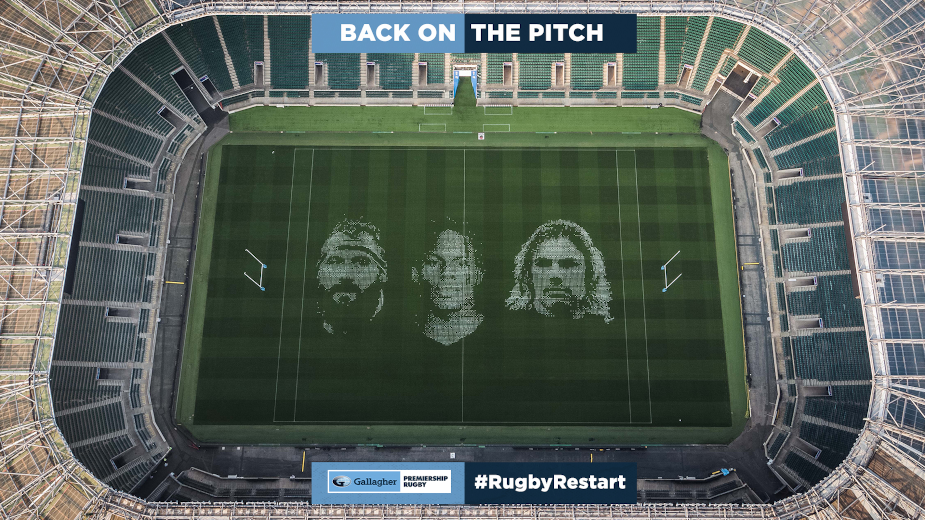 Due to Covid-19 the Premiership Rugby season was brought to an abrupt halt. After a long wait the games are re-starting on Friday Aug 14th, so they wanted to make sure that everyone knows that they’re back.

Premiership Rugby’s return has been eagerly anticipated by fans up and down the country, so it is vitally important that they get the word out as far and wide as possible. The matches will be behind closed doors but viewing will be possible with every game available on BT Sport.

The strategy behind the work by VCCP Media was to get the campaign out using visually engaging social formats to build excitement for matches starting again. The message will be shared via paid social across Facebook, Instagram and YouTube.

Bukky Moemeke, marketing manager at Premiership Rugby, said: “At Premiership Rugby, we are just so excited to have live action returning this weekend. The players are raring to go and it will be an incredible spectacle to see the teams competing for the Gallagher Premiership title once again’’

Nick Baum, non-executive director, VCCP Media added: “Premiership Rugby are highly ambitious in their goals to grow the game and it’s great for VCCP to work with a like-minded, challenger brand. Through this hyper targeted campaign, we’re delighted to be playing our part in announcing the comeback of Premiership Rugby and to build excitement through a range of engaging digital ad formats’’